Terrorism and War on Terrorism 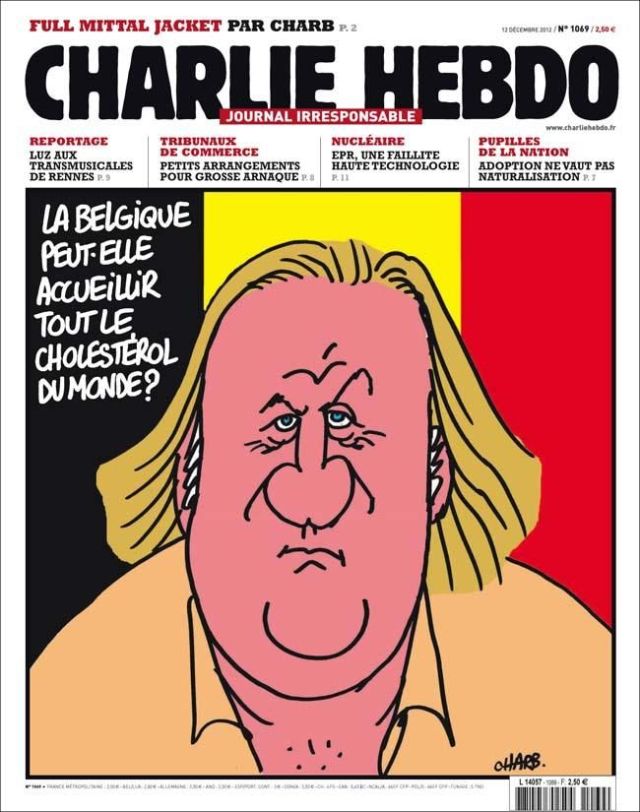 The murderous events in Paris place the term ‘terrorist’ uppermost in our minds, ubiquitous currency on news bulletins and discussion programmes, and now in every authoritarian politician’s lips intent on ramping up surveillance on citizens.

Like everyone else, you watched it unfold on television, or picked up various horrific moments from YouTube filmed on a witness’s camera phone, real people killing real people, not an X-Box video game. The response was a natural revulsion.

The enormous, justified outcry that reverberated around the world was accompanied by reflection about the deeper roots of the atrocity. Newspaper editor after newspaper editor, television pundit after pundit, simplified it in various ways as a clash of civilizations. Us, the peaceful nations, versus tumultuous Islamic extremism. Our elected leaders marched at the head of the multitude to show their anger and unity.

What should we do?

To my mind, we need to adhere to our basic principles – we are against all violence, all terror, whoever commits it, in whatever name, in whatever manner.

Nevertheless, predictably, the rush to exploit emotions, to gain greater powers and more restraints on public freedoms, is as ominous as the event itself. Mass surveillance was in place before the Charlie Hebdo slaughter. It did not foresee nor stop the slaughter. Yet greater surveillance was the first thing UK prime Minister, David Cameron, demanded as his ‘considered’ reaction to keeping ‘Brits’ safe, the usual coterie of Tory apologists following in his wake to soften up public resistance.

Edward Snowden did liberty a great favour showing us the undemocratic, unaccountable extent of snooping by our own country, not only the USA on its citizens. It isn’t only the ‘enemy’, Russia and China, that spy on their own citizens for no apparent reason other than they can do it. How will greater surveillance stop another terrorist attack elsewhere? Can the knock on the door in the middle of the night be constituted as terrorism?

The mainstream media, ready to milk anything that tows the government line, moves into top gear duplicates sequences on news channels  readying us for greater constraints on our civil liberties than exist. The excuse is, a critical need to keep an eye on the terrorist among us. That in turn, allows those who fear foreigners to speak out against multiculturalism, and for repatriation. We make fearful non-white and non-Christians in our society.

There is little if any discussion on the root cause of that terrorism outside sticking a label on it: al-Qaeda, Isis, Taliban, Boko Haram, take your pick. The former French prime minister Dominique de Villepin, who led opposition to the Iraq war, this week described Isis as the “deformed child” of western policy.

Until recently, Al-Qaeda didn’t exist as a cohesive movement, and there is still doubt as to its actual form and extent, beyond a vague ideology that is able to alter its shape and colour to suit its latest murderous purpose as a chameleon alters the colour of its skin to suit its surroundings. After the Twin-Towers attacks it suited the ambitions of the CIA and President Bush’s regime to make it appear as if al-Qaeda was a vast army of well-coordinated, hidden cells awaiting instruction in every city and town. Today we learn it was an al-Queda group that mounted the attack on Charlie Hebdo.

As the world reeled in shock at the assassination of Charlie Hebdo cartoonists news of over 2,000 victims of another Boko Haram massacre in Nigeria got sidelined. There the killers are described as ‘militants.’ The silence of many of Nigeria’s politicians to it was palpable. Last week, Nigeria’s president, Goodluck Jonathan, expressed his sadness for the victims of France but stayed silent on the Boko Haram attacks on Baga. Militants are a different breed from terrorists. Or are they a ‘terror group?’

‘Taliban’ is actually a generic term for a number of tribes, each proud of and ferociously protective of their territory, as Scottish clans were back in their day, and often at odds with their neighbouring tribe. Other than a grouping of well-armed thugs, who knows of what Isis actually consists? Journalists and politicians conveniently lump all into one group, ‘terrorists.’

After years of being free from artificially imposed fear, from the Cold War, the terrorist has finally, indelibly for this generation, supplanted the communist under our bed. The need for governments to rule its citizens by fear continues unabated.

The term terrorist is often spoken in tandem with fundamentalist, or in immediate currency, Islamist. But what are they? And are they one and the same thing?

I associate fundamentalism with blind religious fervour; you are a fundamentalist Jew or Christian, or Muslim. You believe absolutely in the teachings as written in the holy book, eschewing any contemporary interpretation or application. It does not matter where you live, or what your situation is in society, you stick rigorously with a fundamental belief that accords with your religion’s scriptures. That unassailable belief is tolerated so long as no one gets hurt, or the belief is not imposed on another person or group. But a religious fundamentalist, by definition, is not necessarily a terrorist prepared to kill.

On that basis, is the Christian who assassinates an abortion doctor a fundamentalist or a terrorist? Is the psychopath who picks up a Kalashnikov or a butcher’s knife and ends the life of an off-duty soldier a political terrorist, or a murderer given motivation by projecting his hatred onto a ’cause’ that allows him to practice his pathological psychosis?

Some use fundamentalist to mean anybody who holds rigidly to a political cause. Was Emily Pankhurst a fundamentalist? Were miners who tried in vain to resist Thatcher’s coordinated attack on union rights and membership fundamentalists or social democrats? It depends on how you want to see them, or tarnish them.

We are told, Charlie Hebdo was terrorism, and terrorism is terrorism. That is absolutely correct. But politicians are utterly wrong when they say there is  no two ways about it. And some add, there is no need to look further. I profoundly disagree.

The need to look further.

Terrorism is described as ‘humanitarian intervention’ when it is the USA, backed by the UK and France, and Australian troops, invading the territory of another nation. We are there to ‘install democracy.’ When we do it, call it ‘Shock and Awe’, call it what you like, it is not terrorism because we are the Righteous by dint of the power we hold and exert.

We can wipe out hundreds in one single rocket strike but it isn’t terrorism. And it is soon forgotten. There is no mourning for the dead, or injured, or maimed, no medals handed out posthumously, no world leaders marching at the head of grieving multitudes.

We are reminded that the attack on Charlie Hebdo is an attack on the freedom of expression, on journalism, the worst in living memory. Well, I can recall a more recent ‘attack on journalism’ by journalists themselves, the torrent of lies and disinformation the British press concocted and then poured shamelessly over the people of Scotland’s attempt to regain long-lost democratic rights. We are told this cannot be accepted as terrorism despite the leaders of the No campaign labelling their attacks as ‘Project Fear.’

We can add Rupert Murdoch’s rejection of newspaper unions to that scenario when he moved his entire newspapers, lock stock and barrel, from Fleet Street to fortified Wapping. That, I remind you, was not portrayed as an attack on civil liberty or freedom of expression. It was the freedom of press barons to do as they please. Men and women lost their jobs, families lost homes, but no one was murdered. If anybody died or committed suicide from the move it was not newsworthy. Therefore, it is not an attack on journalism.

What of our terrorism?

When Kennedy entered the Whitehouse he embarked on a terrorist campaign against Cuba. Kennedy inherited Eisenhower’s policy of embargo and formal plans to overthrow the regime. He went one better by planning the fiasco of the Bay of Pigs invasion. “The failure of the invasion caused near hysteria in Washington,” according to Arthur Schlesinger’s observations.  JFK, known to have been as interested  in daily sexual affairs as his country’s affairs, launched a murderous campaign designed to bring “the terrors of the earth” to Cuba, again, historian and Kennedy adviser Arthur Schlesinger’s phrase, referring to the project assigned by the president to his brother Robert Kennedy as his highest priority. Thousands of people were killed along with large-scale destruction. And after the Missile Crises caused the USSR to stop supplying rockets to Cuba to offer it protection against USA aggression, the administration resumed the terrorist attacks. President Obama might go down in the history books for two things, Health Care, and relaxing the isolation imposed on Cuba (opposed by the UN) for over fifty years.

Vietnam was an agrarian country that had not attacked the USA. When JFK entered office the brutality of the Diem regime that the US had imposed there had finally elicited domestic resistance that it could not control. Kennedy was confronted by what he called an “assault from the inside.” He at once escalated US intervention to outright aggression, ordering the US Air Force to bomb South Vietnam, authorizing napalm and chemical warfare to destroy crops and livestock, and “launching programs to drive peasants into virtual concentration camps to “protect them” from guerrillas Washington knew were mostly supporting US interests.” (Shleshinger.)

The massacre of Vietnamese and destruction of Vietnam is well recorded in the history books. But historians do not, in the main, describe it as sustained, horrendous terrorism. Only a few describe it accurately as a monumental war crime.

And what of this decade?

The war to occupy the Arab and Muslim world continues unabated. Sadly, to our newest generation of youth, Iraq and the ring-fencing of oil wells, the support of dictators and absolute monarchies, such places and events are something that happened in the past. Lybia is almost forgotten, Afghanistan almost topical, Syria a bore, and everything the USA did in South American countries to impose its ideology that resulted in death of hundreds of thousands, hardly worthy study.

None of those atrocities are terrorism. Not is the book of the Righteous.

A final mention of the Righteous: I remarked earlier how world leaders marched at the head of the French multitude. Arm in arm, shoulder to shoulder, resolute in their abhorrance of terrorism, their unity broadcast to the world by our obliging terrestial corporations. Autocrats, warmongers, anti-democratic, and the brutal took to the streets.  Nothing is as it seems. A photograph shows they walked a few yards in front of a selected, well-protected group for a photo opportunity. And then off to dinner.

Humanitarian intervention, murderous terrorism, mass killing by a nation to impose western-style democracy, democratic rights defeated, a country returned to the small, insignificant place it must remain – the imperial mentality is wonderous to behold.

4 Responses to Terrorism and War on Terrorism