Photographed on the side of a house in Húsavík, Iceland

When the Royal Bank of Scotland got caught out in its race to be the biggest bank known to the galaxy, too cocky to undertake due diligence on acquisitions stuffed with toxic sub-prime debt, I joined others in calling for heads to roll. Back came angry bank staff and die-hard capitalists to tell me honest bankers had done nothing wrong. Gambling with our savings was ‘strictly legal’. I asked how they knew the motivational detail of individual cases and departments. They repeated their facile claim, bankers were blameless. Their behaviour might be immoral, but not illegal.

Apologists for the banksters demanded to know what I would have done to save banks. My answer was, I thought, common sense: let the bankrupt departments fail, retain the profitable sections, reintroduce rigid regulation, close down on the venal bonus system, separate savings from risk investment, and reimburse ordinary folk from the public purse adversely affected by the corporate scam. Risk takers should get no help. Not an economist, I was duly jeered out of court, but in Iceland they had a hero.

On a recent visit to Iceland I wanted to find out first-hand how Icelanders managed to indict their bankers. The banks had been privatised in 2000 making excessive expansion without regulation high risk. It transpired that at base it was the Elliot Ness Sting; if you can’t get the villain on the dead bodies, check his account books.

Iceland is a vast land mass, population few, currently no more than 340,000 living in an area over 40,000 square miles in size, land getting bigger by the year as its glaciers melt. And yet by 2001 Icelandic banking expansion had reached a zenith of frenetic activity, so fierce it was given the nickname ‘Viking capitalism.”

Like Scotland’s RBS, the three Icelandic banks Glitnir, Kaupthing and Landsbanki embarked on a spree of acquisition. I was surprised to learn they owned the football club West Ham United and Hamleys the London toy shop, among other prize assets. The frenzy didn’t end there. Across the nation’s population, hotel porters, waiters and fishermen became full-time financial traders. Mortgages were dished out like confetti. Tourism took off as never before with the pound sterling and dollar great value against the Icelandic Kröna.

Almost overnight Icelanders got materialistic. Car and jeep sales soared, house construction quadrupled, a grand concert and opera house was approved for construction, exotic clothes shops and restaurants opened in the capital and main towns, and McDonalds moved in with a vengeance. In his book Frozen Assets, Armann Thorvaldsson claims that, in 2006, Iceland was one big boom town, and Bang and Olufsen sold more televisions in Reykjavik in a year than anywhere else.

When the Great Crash came Iceland was hit like a car stalled on a railway level crossing. Unlike the UK where the population got punished for the bank’s greed, helped by prime minister Gordon Brown, bag man to the banks, Iceland was smarter than us. They let their banks fail. People congregated in thousands outside their parliament demanding justice. Robbed, trust abused, advice given to them seriously flaky, they refused to accept the dictum ‘too big to fail’.

In panic, the national parliament, ‘The Alþingi’, responded by creating the post of ‘special prosecutor’ and gave it the authority to investigate as little as a rumour of financial impropriety. Nobody wanted the job. A year later one man picked up the gauntlet.

A small-town, burly policeman took it, a man you might assume from his ample girth more interested in pork pies with chips than detective work. His parliamentary employers were happy.  Until he got fired up by patriotic justice his biggest investigations were “assault or a drug case”. He looked a suitable patsy. They were wrong. 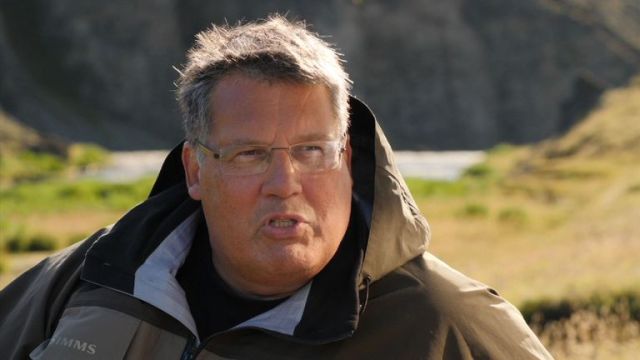 Olafur Hauksson – not a man to be trifled with

Hauksson, 52, is now Iceland’s district prosecutor in charge of investigating all major crimes on the island. He is the only person I can think off to have jailed a big bank’s chief executive. Executives of the lower order have been jailed in various European countries, not a top executive.

Hauksson did not just jail one. He nailed Larus Welding, former chief executive of Glitnir, guilty of fraud. This was followed by two more chief executives, Hreidar Mar Sigurdsson of Kaupthing and Sigurjon Arnason of Landsbanki, who were each handed two separate convictions and jail terms.

Of his financial cases, 15 have reached the supreme court for judgment, bringing 11 convictions, two acquittals and a retrial. So far he has indicted 40 bankers, a number surely fit for inclusion in the Guinness Book of Records.

Gumshoe to the gods

Hauksson began with nothing more than an office, desk, two chairs, one telephone, no computer, just a set of empty file covers. And that’s pretty much what he has now except he has a computer and his files are bulging. He also pursues politicians who took back pocket money. How did he succeed where our representatives failed us?

In Hauksson’s own words, “The lawyers in other countries go for the keyboard person, the underling who performed the trade, rather than someone up the food chain who instructed the trade. I made it my job to concentrate on the top man, the one who sent the memos.” He might as well have said harass the top man till he got a confession, so determined was his nature to get his man.

Hauksson concentrated on the big fish – a good Icelandic tradition. Many of the cases were highly complex, involving market manipulation or breach of fiduciary duty through the use of shell companies to prop up the banks’ share prices or loans where the lenders bore all the risk. So how did he go about pursuing the people at the very top?

He says it’s about following the document trail very carefully, particularly in times of stress and crisis, emails can be especially revealing. “Keep to the logical conclusion rather than stopping; find out who is responsible. It is important to make employees aware that if they cannot point to someone else, they will be the one to blame.”

The skeletons in the cupboard

He discovered employees opened accounts without customers’ authorisation. Hauksson traced back the memos and emails to the person at the top who made his specific order turn into daily natural business.

The banks themselves accounted for up to 80 per cent of the trade in their own shares on some days. Executives kept reports showing how much the bank itself was actually buying up its own shares, so they couldn’t deny what had actually been happening.

The poor get it in the neck every time

The bank collapse caused Iceland’s currency to plummet, which in turn led to inflation and loan repayments soaring. Icelanders who had taken out loans in yen or Swiss francs at a lower rate of interest found they were now facing penury. Almost everyone was affected by the crisis one way or another.

The Great Bank Scam is Iceland’s biggest crime. As for political, economic, and social reactions to the crisis, the Icelandic government was motivated by an acute need to explain to the public what had happened, to determine accountability, and to preserve a measure of social cohesion. But there’s a negative side to hunting down wily villains – they have friends in high places, including iffy judges. The price of integrity is personal and family sacrifices.

“During some prosecutions we are more at work than home. It is bad, working late hours and weekends, and it wears people out. We have had incidents at work where we have actually had our employees very badly ill. I have four times seen one of my employees going into an ambulance. That’s not an easy thing, so you actually feel a little bit the pressure that comes with the job.”

In his early investigation Hauksson proved to be one stubborn son-of-a-bitch, aided by the Icelandic parliament’s special investigation commission, a kind of truth and reconciliation group of the type I suggest instigated for the day after Scotland’s formal independence. (See footnote.)

A spade is not a shovel

What I read about Hauksson is refreshing. He dispensed with the ‘not immoral’ bullcrap of British bank staff, and the financial jargon they use to obfuscate plain unadulterated theft. He calls a spade a spade. Banksters committed embezzlement. They were not inept or naive.

As the months went by Gordon Brown discovered many local councils had invested in Icelandic banks and lost the lot. Brown demanded their money back and if not forthcoming, threatened all sorts of reprisals. (There was Dutch liability too.) Two ‘Icesave’ bills to pay liabilities were rejected in parliament. In a masterstroke, Brown’s Icelandic counterpart Gier Haarde called a referendum to gauge the people’s opinion. In a landslide they voted to tell the UK to get a life. The rupture with the UK has yet to heal for Icelandic folk remember the Cod War, and how they won that skirmish.

Small country, big confidence, but then it is an independent country.

Icelanders gather outside their parliament building in protest

Iceland’s prime minister, Sigmundur Davíð Gunnlaugsson, once thought of whiter than a filleted haddock, was forced to resign after appearing in the Panama Papers’ revelations concerned with illegal offshore companies. The anti-establishment Pirate Party is gaining adherents. Tourism continues to flourish. If newspaper articles and letters in the press are anything to go by, trust in Iceland’s parliament at an all-time low, though it cannot be lower than the disrespect for the UK parliament by the people of its four nations.

Iceland’s criminal bankers are held in an open prison – there’s barely a murder every decade to justify a concrete citadel of solitary incarceration – nevertheless, Iceland has shown its people have more regard for honesty and openness than the Brits.

Iceland is a resilient country, an example of the fortitude manifest by small nations reliant on their own solution to problems, but like the fish it traditionally trawled from the seas around its coastline, the people know there are good times and there are bad times; you make the best of what you have. Warnings of doom tomorrow are dismissed.

Here in Scotland, not a single executive banker has seen the inside of a court room. After taking billions of public money to remain in the style they are accustomed, we watch as local banks are closed and wall tellers removed to protect those hallowed bonuses.