The contribution below needs little introduction. He is angry and disillusioned. Accompanied by a portrait in six-point cap, his Twitter pen name is ‘Lochside’. I am guessing he lives quietly by some pleasant Scottish water and woods, hence the illustration. On the other hand, I have to accept he might be a plant, a paid shill, doing his best to crush hope. If there is an echo in the terrain where he lives it must resound with his cries of despair bouncing off the escarpments. Though I do not agree with all of it, I acknowledge the anger and disappointment is expressed by an honest man making an honest plea for political adroitness and renewed vigour. 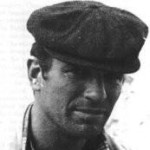 I contributed to this site for years until recently, when I became frustrated beyond hope by the SNP loyalists and their deluded optimism about Blackford et al ‘stopping Scotland being dragged out of Europe by Brexit’.

I decided to wait, yet again, to see the ‘rabbit out of the hat’ moment occur. The only thing that occurred was another mandate was pulled out of the SNP’s collective library of feeble excuses. As ever, decisive action, a move to dissolve the Union, never happened…more abject surrender by Manager Sturgeon and her acolytes. Lies, lies and more lies.

In 2011, the SNP un-noticed by most of the nationalist voting population decided that the previously agreed UK-wide basis for independence, which was to win the majority of SEATS, was to be dropped in favour of a ‘Referendum’. This previous premise was consistent with the idea of the UK as a representative democracy. It was also the basis for every general election in history. Indeed it was validated by none other than Margaret Thatcher.

Instead Alec Salmond, inveterate gambler, threw our sovereignty on to the table with the idea of the Edinburgh Agreement and the 2014 Referendum. Our freedom and sovereign status was thus put up for the throw of a loaded Britnat dice. The result sold us into devolved slavery. The Scottish people (apparently) are ‘British’ for a ‘lifetime’.

Since then, the supine, spineless SNP have lied and misled our population. Frozen into suspended amber by the Westminster inspired trance of: privilege, (limited) power and wealth. A coterie of value signalling self regarding dilettantes disdainful of the AUOB and the ‘YES’ movement, fiddle away, literally, with many unsavoury ideas and behaviours while our Sovereignty burns.

Our People voted in 2016 to remain in the EU. The SNP have ignored that decision in favour of currying favour with their masters. They have misled with false hope and affirmations that have proven to be empty. Their total disdain for their party rank and file, and the general public deserves to be challenged by the YES movement as the (“Tractor” – Ed)s that they are.

Our country has been denuded of the talented, the young and the creative by the sloth running our country now for three centuries. With an elite that is anti-family, anti-Scottish and anti-self determination in the fullest sense, no much wonder our land empties of native youth, supplanted by the sterile middle-aged good lifers Brits and backed up by the brain dead orange dullards and self haters.

We must act now judicially via the UN and, if it’s not too late, the ECJ.

The Supreme Court is a modern Blairite invention and has no right to be involved in Scotland’s law or Sovereign status. If our institutions of law, religion and government had stood by our ACT of Union and Claim of Rights, as those were and continue to be breached by our co-signatory to the Union, the situation we are facing today would have been put to the sword years ago.

Boris Johnson is planning a new constitution. It will castrate the talking shop run by the current dupes and placemen/women and we will be under effective Direct Rule. As it ever was, it is up to the PEOPLE of Scotland to overthrow our corrupt leaders judicially via Sovereign demands.

NOTE
This article is an appendix to the essay ‘SNP in Disarray’: https://wp.me/p4fd9j-ouY

4 Responses to Defiant and Disillusioned