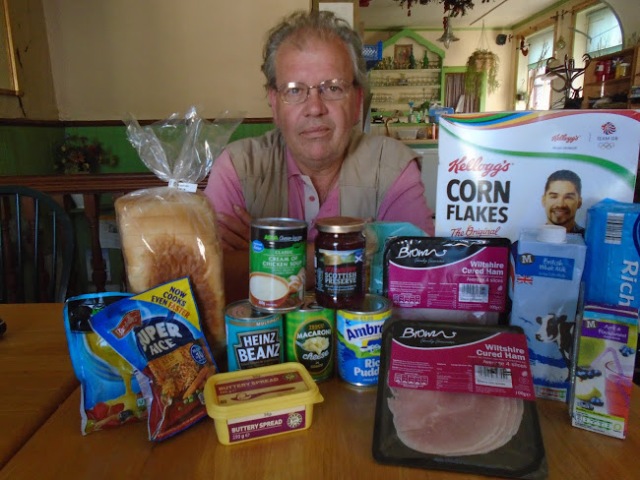 It is not often I publish another’s writing in full on this site, in fact, not at all, but I am delighted to make an exception for this letter that appeared in a blog written by Mark Frankland, a man with a conscience and a sharp eye for hypocrisy. As well as writing thrillers, he manages a small charity in a small Scottish town called Dumfries. “Ours is a front door that opens onto the darker corners of the crumbling world that is Britain. We hand out 5000 emergency food parcels a year in a town that is home to 50,000 souls.”

Here he writes in answer to the slip-shod Labour leadership contender, Lisa Nandy. She blames the SNP and its supporters for her crassness in stating clearly on BBC’s Andrew Neill Show, that she detests nationalism in all its guises – except her own. She wishes Scottish nationalism subjected to Spanish retribution, namely beaten on the head and probably jailed in the manner of rebellious Catalonians.

No one expects the Spanish Inquisition, not out of the mouth of a so-called socialist planning on governing the UK. Nandy’s utterance is the equivalent of oral herpes.

Not apologising for her neo-fascism allows Nandy to blame the SNP for misinterpreting her statement, which she did with vigor and relish to any camera that pointed in her direction. By her inflection I could tell she thought she had shaken off the mob, but her remark will follow her unto oblivion.

In that she joins Farage, who, drummed out of Edinburgh in a day pint of bitter in hand, chased by angry resident English students. He exploited the incident by blaming the SNP. Look what happened to him, he still cannot get elected as an MP. And the only way he can lead a political party is to invent one every year. Nandy’s fate hangs in the balance.

Anyhow, I pass the page to Mark.

I have just watched your interview with Andrew Neil and I am absolutely furious: furious enough to slam a few words down on paper in the form of this open letter.

Some background. I was born and raised a few miles up the road from the constituency you now represent – Blackburn. In 1989 I became the white half of a mixed race couple. Soon we had two brown boys and by the mid 90’s it was abundantly clear Blackburn was no place to raise two mixed race boys. A septic tide of racism was starting to seep into every brick of the town and the BNP were strutting their stuff. So we ran. We fled a hundred miles north up the M6 and found ourselves a new future in Scotland.

I never felt English, but after twenty five years I feel very Scottish. They call us New Scots up here. And being a New Scot has meant my two boys have had the chance to grow up in a country where racism barely exists. The BNP never managed more than 1% up here. UKIP and the Brexit Party never made it past 4%.

How dare you make up fairy tales about “narrow, divisive Nationalism.”? And how dare you criticise the Scottish Government for a record which you describe as “frankly appalling.”? I think it is time for a few home truths. We still regularly visit my wife’s family who live in Lancaster. When they need to see the GP they have to wait over a month for an appointment. We get one in no more than two days. When they pick up their prescriptions, they pay through the nose. Ours are free. When they park up at the hospital, they pay through the nose. When we park it is free.

When my nieces and nephews look to university, they have to get their heads around the idea of living with a minimum of £30,000 of debt. If they lived up here, it would be free. English prisons are overcrowded to boiling point, Dumfries Prison is seldom more than 70% full. At eight o’clock in the morning in Lancaster almost every shop doorway is home to a homeless person. In Dumfries there is not a single one.

And I know about this stuff by the way – I manage the region’s largest food bank. A few months back I handed out a food parcel to a young lad who had been made homeless in Manchester. After a few weeks on the streets, he decided to make use of his last worthwhile possession – his bike.

He hit the road and headed north. He stopped at town after town to apply for a bed for the night and he was turned away every time – Wigan, Blackburn, Preston, Lancaster, Kendal, Penrith, Carlisle…. until he crossed the border into Scotland. And when he applied for homeless accommodation in Dumfries, he was given a room for the night straight away. So how dare you take to the airwaves to accuse my Government of a “frankly appalling record.”

However, that statement pales into insignificance in comparison to what you had to say about our demands for a second Independence referendum. You actually suggested the UK should look to other countries for some clues on how to deal with “narrow, divisive” nationalism. And you actually cited Spain’s handling of Catalonia as a shining example.

As a New Scot, I have come to be a fervent supporter of the dream of independence. In the 2014 referendum I took the ‘Yes’ side in many debates. Over the years, I have written lots of blogs on the subject and nearly a million readers have read them. I guess it is fair to say I wear my heart on my sleeve. I am allowed to do this because I still live in a country where free speech is still allowed and tolerated. And every time I post a blog, I feel lucky and take a moment to remember all those who paid a heavy price for fighting to free their nations from the rule of London.

In Ireland. In India. In Aden. In Israel. In Kenya. In Ghana. It’s a long, long list. A shameful litany of imprisonment and beatings for those who dared to defy their London masters.

You seem impressed by the Spanish Government’s handling of Catalonia’s independence movement. Well, I’m not. If I was posting my blog in Catalonia, I would be in prison by now. And if I had joined a march for independence, I would have been beaten within an inch of my life by Spanish riot police.

And by now, my leaders would either be living in exile or imprisoned for years. And this is how you think the likes of me should be treated? This is the shining example of good practice you feel the Westminster Government should aspire to?

Shame on you Lisa Nandy.

No wonder your party is down to one MP in Scotland.
Mark Frankland
New Scot
January 2020

Thank you, Mark Frankland. On the shoulders of such volunteers rests a nation’s destiny.