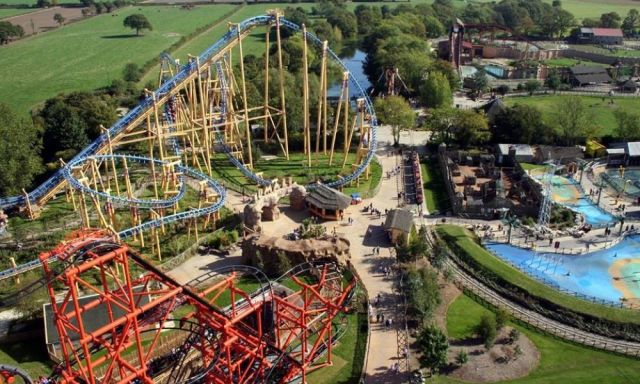 Though Scot and English share a common humanity, the similarities end there. The claim Scots are British is the signature of a colonial mentality. In almost all things, language, accents, religion, the great majority of political ideals, the clan system, topography, coastline and the damn weather, man to man, we are anything but English. When they first arrive in Scotland English visitors are always surprised to perceive and acknowledge the differences they never knew existed. “So much isn’t like us!” Disparities are easily encapsulated in the bowler hat and the bonnet, in the cavalry twill and the kilt, in English good manners and Scottish straight talking.

Are we there yet?

To take an example: If you’ve rarely been out of Leeds you’ll assume Scotland is England but with less crowded roads and bigger mountains. You feel justified in holding that opinion when you see the same store chains and eateries, Sainsbury, Tesco, Lidl, Boots, Harvey Nichol, John Lewis, MacDonald’s, KFC, Wagamama.

Some commercial empires were once Scottish owned such as Frasers before it let itself go flabby and lost Harrods, powerhouses before globalisation and offshore accounts had them gobbled up by the greedy, the great international publisher Collins now owned by shapers of government policy, Murdoch, Chambers dictionary decamped to London.

Anglophiles, unable to wash their colonial mentality out of their skull, aver we are all British. Why? How did they come to that conclusion, other than taking safety in the comfortably familiar? Because England is a powerful nation that once ruled the world and we should be proud to be a part of it? We served it, sometimes governed it, but Scotland never owned a part of it.

We are not part of England, and never have been for the one thousand years of our history. Amusingly, every so often England reminds us we are a different nation. Just by ignoring us they tell us we are a separate nation.

Telling us Loch Lomond is short of a glorified theme park called Flamingo Land is really sticking it us. Why yearn to be independent again and yet the same as England?

The same but different

Scottish Enterprise purchased the land for £2 million about 20 years ago. They are now telling the public, conveniently, the current worth is just £200,000, which is the price that Flamingo land will pay. (I cannot bring myself to join flamingo with land in any context.) If Scottish Enterprise bought the land for £2 million why has its value dropped dramatically just at the point a buyer is interested in developing it?

Today we have the Cringe in neon lights: the Dundee Victoria and Albert syndrome, exhibition items taken from Scotland now ‘acquired’ by London’s V&A, loaned back to us, an entire design gallery in Scotland named ‘V&A’, unique on the outside, insipidly conventional on the inside; the National Gallery of Scotland on the capital’s Mound and its insistence on glorified Victorian decor; Trump and a strip of Aberdeenshire coastline we were told was gagging for a line of millionaire homes across the skyline. Countless gap sites in our cities filled with third-rate architecture, invariably a hotel chain, the building designed to look the same as all the others in their international portfolio.

Protect our heritage at all times

None of those culturally dissonant, visually ugly intrusions have anything to do with attaining Scotland’s independence, everything to do with diminishing it. They enforce colonial conformity and mediocrity. They block differences and variety.

Another example: New Mexico got wise to the destruction of its architectural heritage and its cultural differences from other US states. Cities don’t allow new build that is not adobe; even a gas station must fit into its surroundings without glare. It must not scream, we are an international corporation taking a dump in your land.

New Mexico has more powers than Scotland. In Scotland we burn down our outstanding buildings – twice. 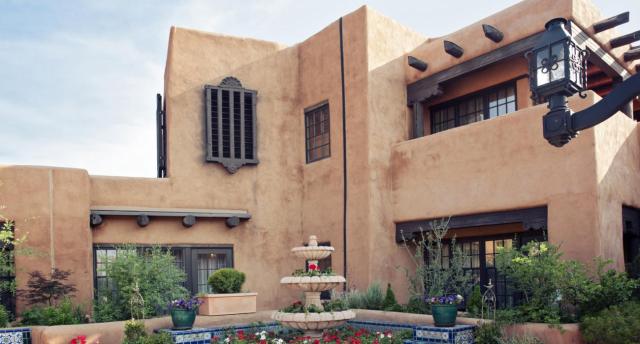 Taos, New Mexico. If it’s not adobe style, it ain’t getting built

The responsibility of councils

If Flamingo Land is built, the company will be bought over in time by a bigger company with non-taxable assets in Scotland. It is inevitable. Many an enterprise is created with the sole intent of selling it off as soon as one appears on the horizon.

The economy ruled by England is obsessed with austerity. The owners of Flamingo Land bank on people not going far for a break. They want to be another Center Parcs but with non-indigenous pink birds on stilts as an African logo. Stuff yer capercaillies!

In a few years amenities will need ‘modernising’. Off will go the starting gun again promising more phantom jobs for ‘the locals’. Caution: fashions in tourist entertainment change every decade.

A council’s job is to ascertain the company’s financial stability long-term, to take due diligence of sustainability, but also to ensure the edifice does not become a blot on the landscape, a pile of corporate crap. 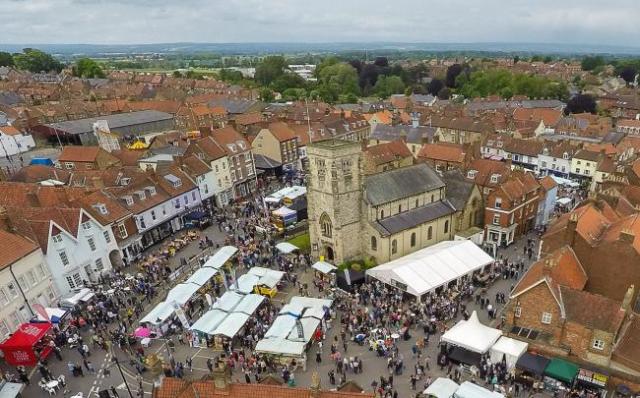 Malton, where the folk make sure Flamingo tat is kept well outside their market town

The proposed development has attracted the expected outrage and galvanised protesters. Big companies are always well prepared for dissent – from the same locals they say they wish to employ.

Hand-in-hand with Flamingo Land, Scottish Enterprise have applied for planning permission in principle to develop over 100 holiday lodges in Drumkinnon Bay, including a 60-bedroom apart-hotel, 32-bedroom budget accommodation, 131 self-catering units, six private houses and 15 apartments – a monorail and water park.

There is an entire world famous loch adjacent for travellers to enjoy, a place of outstanding natural beauty – why in hell’s name build a water park?

Flamingo Land has offered some token changes: the removal of a viewing tower, retaining the north beach at Drumkinnon Bay, signing up to the Scottish living wage and other changes. The usual clichés are thrown around about the development being of “economic benefit around Balloch and the Vale of Leven.”

On meeting resistance, the owners were ready with the plastic beads and badges as gifts for the natives, offering to change the name of Flamingo Land to who knows what? Tourist Tat Land?

The company behind concreting a large chunk of the Trossachs is Iconic Leisure Developments. Flamingo Land Limited, a private developer, is the preferred agency for the 20-hectare site, a claimed £30 million transformation of sight lines and red squirrel territory. Loch Lomond is in the Trossachs National Park.

The locals say No!

To my mind, the villains are Scottish Enterprise. Why invite tired old tat to a place of outstanding natural beauty, a bit of Blackpool rock? Surely they are not trying to turn a nature reserve into Little England?

Speaking in September 2016 following the announcement by Scottish Enterprise, Flamingo Land chief executive Gordon Gibb said, “We are excited by the prospect of creating a resort in the national park that recognises the importance and sensitivity of the site.” [My italics.]

In a letter of support for the protest campaign, the writer and broadcaster Cameron McNeish said: “It is time Scottish Enterprise walked away from this potentially disastrous agreement and consider for a moment how best they can work with the people of Balloch to develop this area in a way that will benefit them and not commercial shareholders.”

I ask the question: What are we doing to Scotland, in whose name and for what benefit? If Loch Lomond is not to remain a protected national asset, what is it to be? Desecrated?

I’ll answer: Ours! Keep it pristine, keep it in public hands!