Who cared? No one

Looking at a group of Chagossians protesting outside the House of Commons, bereft of their homeland stolen by the bunting draped British empire, seeing justice awarded to them at last, I wondered why so many Scots are lethally content to be cheated, our land exploited, a playground for the rich, fearful of upsetting our neighbour by telling them enough is enough.

What an example to Scotland. A tiny island archipelago home to a few thousand people fighting the might of the British state for decades … and winning. It did it by appealing to the United Nations and then the International Court of Justice. We have yet to discover that those international institutions exist and are likely to find in our favour if we ever put our case to them for reinstating our nationhood.

Drearily, we prefer to send bedraggled representatives to the House of Commons, ludicrously outnumbered, ridiculed and humiliated daily, standing up to be told to sit down, knowing full well the the Acts of Union have been broken umpteen times, cast aside, and yet we believe we are better existing as a colonised land than as an adult state.

A great nation humbled by islanders

Scotland should look at the Chagossians with envy. The beleaguered group never lost faith. They even resorted to civil disobedience occupying Trafalgar Square. We know the British government will feel no shame at what it did to the Chagos islanders, but do we feel any shame for our timidity? For my part, I feel angry. All the time.

Here we are, watching England drag us out of Europe against our will, at a time the world is looking at Britain’s aberrant behaviour, bemused and perplexed, the ‘mother of parliaments’ a comedic house of Bedlam, and we argue over whether or not we have any right to govern ourselves. 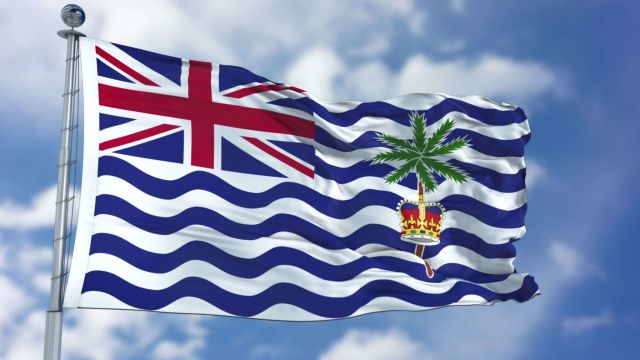 How did the UK gain Mauritius in the first place? That takes us into Queen Victoria’s British empire territory and all its sordid, tawdry, gin soaked history. The English – impossible to call them Brits since no Scots were involved back in the day to grab Chagos, we get jobs after the event – formally acquired the islands from France as part of the bigger colony of Mauritius. They then shipped in slaves from Mozambique and Madagascar and forced them at the point of a rifle and a whip to work on British-owned coconut plantations.

As for the Chagossians, their woes began in 1967. Britain wanted one specific island as a US military base, so it took the lot. The sovereignty of the Chagos Archipelago is a long-running sore between the UK and Mauritius.

The United Kingdom excised the archipelago from Mauritian territory in 1965, just before Mauritius gained independence in 1968. Blair took Scotland’s North Sea oil fields just before he endorsed the return of our Parliament. The British state stole the Chagos Islands as they stole Scotland’s oil, done overnight.

Mauritius was told the UK had taken its Chagos islands as a quid pro quo. What was Mauritius to do? Send one of their wee wooden fishing boats down the Thames to the House of Commons to berate MPs shouting through a conch shell?

Those people are not English

An Englishman’s arrogance knowing no limit, the British government rejected any jurisdiction of the International court to deliberate these matters. But that could never last. On 25 February of this year, the International Court of Justice (ICJ) ruled that the United Kingdom should relinquish the archipelago. Full stop. No equivocation, no ifs or buts, no, you can keep this or that bit; it ruled get your ass out of there.

From the year the UK invaded the coral reef archipelago until that judgement the British government fought every step of the way to keep what it did not own. Call it bully boy tactics, call it corrupt, whatever you wish. The reality is, the UK government used taxpayer’s money to retain a bunch of semi-tropical islands it did not use as a recycle bin let alone a colony. Since 1971, only the atoll of Diego Garcia is inhabited, and only by military and civilian contracted personnel.

The English employed the usual tactics to get the islands, a bit of head butting, a bit of blackmail, a bit of back pocket cash. Collecting colonies is deep in the psyche of the English warrior’s soul, his very veins.

What they did was outrageous. I call it the Archipelago Clearances, a description familiar to readers who know their Scottish history. The inhabitants were forcibly removed, the entire population. The islands were then free to US as a base in the wholly concocted Cold War – enter the US air force, or as my highly decorated American CIA cousin pronounces it: ar-force. Scotland got similar air force bases, lots of them.

Of course, all the official documents of those early times disappeared preventing an early raising of the crime in the world’s court. Somehow the Chagossian legal repossession team got hold of a few yellowing copies – I’ve no idea how, must have been like trying to find a keyhole in the dark – and confronted the US authorities. The UK’s lawyers, led by solicitor general Robert Buckland, conceded that Chagossians were treated “very badly”. Two small words. Not an apology; a reflection.

The islanders have a more detailed recounting of their banishment. Witness and litigant Liseby Elysé recounts how Britain stopped the shipment of food and medicine from Mauritius until they had little choice but to board a ship for Mauritius, “leaving almost everything behind”. As I said, another instance of clearances.

Elysé tells how she was pregnant at the time, and when she arrived four days later, her baby was stillborn. “We were like animals and slaves in that ship.”

A few remote islands, kind of gardens of Eden in the ocean

The UK residing Chagossians’ plight continues, 2,000 of them. They have become like the Windrush generation, liable to be tossed out of England’s lurid green and unpleasant land, but not deported back to Chagos. The US still uses the main island of Diego Garcia as a military base, it did it first under Labour (Jack Straw) and the Tories now.

Diego Garcia is infamous. Exactly like Prestwick Airport, Britain let the Americans use it for the carefully composed term to camouflage illegal kidnap and torture, ‘extraordinary rendition’, a refilling stop for flights transporting ‘terror’ suspects to be interrogated “off grid”, better known as illegally tortured by the CIA. Later they were dumped in the notorious detention hell hole of Guantánamo Bay.

The world’s court has ruled Britain must get the hell out of Chagos. “The decolonisation of Mauritius will only be complete”, the Hague-based judges said, “when the Chagos Islands are returned to Mauritian rule”.

Irony, irony, all is irony

The irony of Chagos is highlighted by Philippe Sands – British professor of international law representing Mauritius. Tongue firmly in cheek, he quotes Boris Johnson. “No country wishes to be a colony,” Sands said in his closing remarks, adding, surely with a great degree of scorn, before citing the former foreign secretary’s stance on Brexit. “The UK does not wish to be a colony, yet it stands before this court to defend a status as coloniser of others.”

The Chagossians, a tiny group of people, can claim a great victory over one of the most powerful nations in the world. Their persistence in regaining their homeland and their liberty ought to put Scotland to shame, Scotland that uneasy English colony north of Berwick, hanging on as the sun sinks on the British empire. There is no guarantee the British state will hand over their ill-gotten possession, but the world is now against them.

There is no end to the delusions of grandeur floating the British state. Are we too fearful to stand up and tell it, you cannot push the rights of one nation over another? England should understand owning Chagos for so long is its last hurrah.

I’m told Scots have a mind of their own. It would be nice to see it sometime soon.