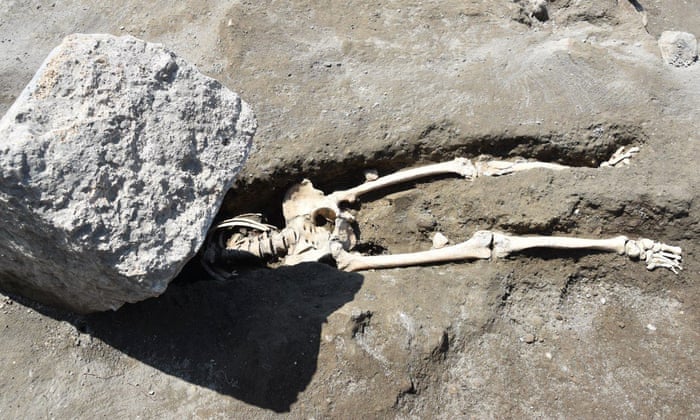 All good debates begin with a strong statement. Here is mine:

The SNP at Holyrood is afraid of constitutional debate. Over past months, and now with their statement of intent for 2019, the critical issue of constitutional reform is absent from SNP goals. That does not mean they’ve dropped their central reason for existing, but it does mean they are showing a lot of cellulite. Obedience and passivity never won independence, only scorn. We are to ‘wait and see’, a feckless call to take up knitting.

By not discussing the constitution, by not building consensus, by prissily hoping Brexit will alter mind sets, the SNP encourage the nationalism they are keen to mute.

No Prime Minister, no arrogant Rees-Mogg, can veto the right of self-determination vested in the people of a region or subjugated nation. Our rights are guaranteed by the Charter of the United Nations.

Confronted by the most malignant and determined assault on Scotland’s existence since 1707, our economy, jobs, civil rights, medical supplies, food imports, the printing of our own bank notes, are all threatened, yet the SNP feel vigorous discussion of radical change is not applicable. The impatience with platitudes and trite rhetoric emanating  manifests itself in militancy. The mass marches of last year were a sign of impatience.

To be frank, with the odd exception, I see and hear far more inspiring speeches from SNP MPs in Westminster than is currently the stuff of Holyrood’s debating chamber. They beat the drum at every occasion.

Before alarmed authoritarians demand I button my lip, let me explain. ‘Essay’ comes from the French, essai – an attempt, and indeed that’s what my articles are, an attempt to understand what is happening by opening out to debate a feeling, an idea, a concern. I write intuitively. My obsession is in the future of my country. I would like to think it is shared by the one and only political party dedicated to it. Here, discussion is encouraged!

The search for the bravura burst of energy that takes us to the ideal finds symbolism in everything. This week finds a metaphor in the ruins of ancient Pompeii.

The skeleton of a man was discovered lying under a huge rock that fell on him as he fled the fire and brimstone of Vesuvius eruption. The rock can be seen as the British state. It did not crush his skull, it only immobilised him. He died from the enveloping gases that rolled ominously and silently towards his stricken body. Archaeologists say study of his skeleton show he also had a limp and could not run fast – like a Holyrood hobbled.

The unfortunate man’s death is both comic and tragic in its timing, to my mind mirrors Scotland’s painful inability to throw off British colonial rule.

Last year the industrious journalist and broadcaster Lesley Riddoch presented two documentaries illustrating how small nations, The Faroe Islands and Iceland, manage to exist without being fat and rich and do not forfeit individual liberty or happiness.

Neither the Faroes nor Iceland waited until some external event had them become independent by default. They took their independence. Let us look at two more small countries similar to Scotland, Norway and Sweden.

Norway got independence from Sweden in 1905. It had first been under the hammer of Denmark and then Sweden. Both Norway and Sweden underwent a shift of power in the 1930s. They achieved it after a long battle and national strikes. They tossed out their overlords, an opportunity I thought we had in our hands when we banished all but one of our uncaring Conservatives, but sadly we doddled on as before.

Until the 1930s Sweden was ruled by an upper-middle-class, its aristocracy led by King Gustav V. Main political parties were the Social Democrats and the Liberal Conservatives who believed a man should not be allowed to vote until he owned property.

Sweden remained neutral during the Second World War, supplying steel to the German Army on its way to occupied Norway, balancing that pragmatism (Germany would have wiped out the modest Swedish army in a week) by rescuing thousands of Jews from the Holocaust, the hero of the hour Swedish diplomat Raoul Wallenberg. After the war, Sweden’s socialist ideals drove its principles.

The problems of population numbers

Norwegians had major problems organising people power. A population of three million spread over a wide and mountainous geographical area is a killer to roundup, rather like Scots in 1707 faced by the illegal sale of their country. Norway is sliced and diced by fjords, glaciers and isolated valleys.

Workers unions with a Marxist bent, formed in the early 1900s, their goal an equal society. The Norwegian Labour Party joined the Communist International organized by Lenin but surveyed the Bolshevik’s betrayal of the revolution with a jaundiced eye and decided non-violent methods the best to change society, along with an electoral system.

Norway was a shipping and whaling nation, not an oil rich state as it is today. Back in the day no one could call Norway or Sweden wealthy countries rich in natural resources. Poverty was rife. When the power elite ruled emigration was the order of the day. If you stayed there was every chance you’d starve.

Both nation’s social movements began with good housing – lots of construction jobs right there – then open and free universities, a free education is known to retain more talent for the host nation than leave. They introduced free health care, and almost eliminated the worst poverty.

During that transition no bigger state tried to impose an artificial model on their economic system. Norway and Sweden built upon their own histories their own needs. American world watchers, among the first to eye developing socialist states with suspicion, dubbed both “nations with an enviable standard of living.” (CIA.)

Did those who held power retaliate? Of course they did. Strikes in both countries were often put down by police and army, the rich ready to protect their privileges. Some strikers were killed. The populace retaliated too, to the state’s brutality. A confident people protect the weak and ensures the wealthy do not become all-powerful.

When families were threatened with removal because they couldn’t pay rent for house or farm crowds appeared from nearby to protect them and thwart forced evictions. In Scotland we express anger at seeing forced repatriation of peoples who lived here for generations. We should not restrict ourselves to posting empathy on social sites. We must exercise our principles not mouth them.

Would mobilised constitutional outrage be suppressed? Not from the SNP unless action was violent. In that event they risk a split, a new independence party arising from conflict.

What would the British state do? Institutional takeovers, withdrawal of funds, and military intervention is almost unthinkable. Officially instructed aggression attracts international condemnation from the democratic world, backed by the United Nations. England depicted as a renegade oppressive state just as it isolates itself from world trade and EU cooperation – that’s a big risk. The stink would hang on it for decades.

Yes but no, but yes but no…

Norway and Sweden claim no Utopian status; they have modern-day issues with the influx of refugees and migrant workers, and both have a core of far-right nutcases. Visit either country and you’ll find politicians still pressing for ways to attain a free and just society despite right-wing fanatics demanding xenophobic solutions.

On the cultural side, Norway produces up to a dozen movies a year, box office profits ploughed back to the producer and national fund, and we enjoy well produced Sweden’s Nordic noir detective series. It takes a long search to find any Scottish filmed drama of recent times that has made headlines, if you discount the Hollywood made Outlaw King.

What Norway and Sweden have in spades in confidence in themselves. They do not question why they are independent nations.

England is far too mired in brutal neo-liberal economic dogma to be saved. Why are we wasting precious time (dear SNP!) running around making conciliatory speeches offering to rescue England from itself?

The British Labour Party under Jeremy Corbyn has no allegiance to Scotland’s political ambitions. None. We will help England in time, by then our mercy parcels will carry a Scottish Saltire flag on them not a Union Jack.

The big question for an independent Scotland is, how do we stop the English eruption of intolerance and hatred, and the removal of the few powers we have? We declare independence is the solution loud and clear, and for both nations, Scotland and England. Section 30, endorsed by the magnanimity of a British prime minister, is not the only route to a confident country.

We have a country to rebuild, huge tracts of it, some are inner city wastelands, crying out for attention and investment. The answer lies in a high degree of public ownership of the means of production, progressive taxation, publicly owned gamble-free banks, subsided transport systems, stringent business regulation for the public good and union representation made mandatory on company boards.

Polls showing support for independence standing firm presupposes support for a corrupt Union is doing the same. If we hang around waiting to see what happens after Brexit, letting Fate deal its hand while we compose Hallmark cards of affection to England’s woes, we will be consumed by the pyroclastic flow coming our way. Once it consumes Scotland entirely we can say goodbye to self-determination.

As one perceptive supporter put it, “Wheesht for Indy is not a strategy”.

1: Readers are encouraged to read more about Norway and Sweden’s road to independence and the aftermath in social equality movements. Aspects recounted here are by necessity attenuated.

2: Swedish filmmaker Bo Widerberg told his nation’s story in Ådalen 31, which depicts the strikers killed in 1931 and the sparking of a nationwide general strike.

3: Journalist Peter Bell has written an article in a similar vein here: https://peterabell.blog/2019/01/04/the-deadly-section-30/

4: Readers unsure of  how Westminster’s has broken the Treaty see here: https://wp.me/p4fd9j-n7J