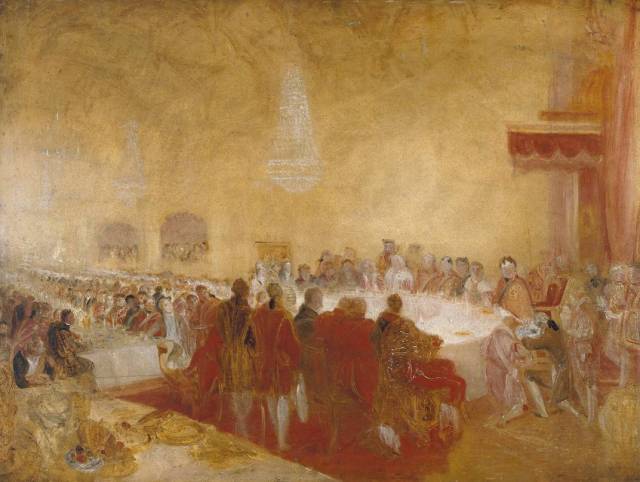 Glancing through some intelligent and some not so bright posts on a social website I noticed one irritant who had only one argument: Scotland lost it sovereignty on signing the Union of the Crowns. This is arrant nonsense.

Post after post banged the same nail with a sledgehammer. I groped for the mouse on my desk and clicked it to ‘Thinking Enabled’. I have no idea what makes people say such stupid things but whatever it is, it works.

Unionist politicians who declare Scotland a basket case, yet are useless at economics because they can’t count with their shoes on, should start to feel insecure right now. Why? The Act of Union is not an entrenched ‘forever’ binding, branded on the forehead contract. It’s a statement of co-operation, negotiable and renewable, now so out-dated and one-sided it demands a new accord but England the colonial state dislikes equality.

As English politicians constantly demonstrate, its clauses and conditions can be whittled away by the party with the greatest number of seats at Westminster – England’s MPs, and when in the minority, by bunging a couple of billion pounds of taxpayer money to the DUP – not their struggling NHS – but to another minority party with no morals or honesty.

English votes for English laws hacks a large chunk out of the Act. And though he was told it was constitutionally illegitimate, former prime minister David Cameron got away with it by sheer number of MPs. Then again, Cameron followed by Theresa May, are born ignoramuses and have been losing ground ever since.

Westminster is regarded by English MPs as England’s parliament, one that happens to put up with, some say suffer, the participation of Scottish MPs. Scottish MPs who gain cabinet office are not dedicated to Scotland’s interests, but to an English political and economic agenda sold as good for the United Kingdom.

During the Scottish referendum members of the House of Lords spent days telling Scots they would not be welcomed back if they ever discovered they had made a terrible error of judgment, reinforcing the assumption Westminster is England’s seat of government.

Incidentally, that rejection runs counter to the one given by the European Union telling the United Kingdom it could return if it changes its mind over dumping Europe.

The myth persists: 1707 installed a ‘Union of Parliaments’. Completely false. Article 3 of the Treaty of Union is a clause that can be altered at any time. What Article 3 did was to establish a completely new legislature, one that allowed continuation of the Scottish parliament. England dissolved its parliament to accommodate the new legislature.

English earls had no anxiety about doing it; by sheer number of parliamentarians it remained in body, spirit and ambition the English parliament. It retained the winning hand, an agreement blocking Scottish MPs attaining power over England.

Scottish MPs did continue with our parliament, as Turner’s unfinished study – see above – shows. It took days and nights to get papers dispatched to Edinburgh by coach and  horses. Getting Scots MPs to London and back again was just as time consuming and expensive, easier to remain in Edinburgh and debate London Bills and issues there.

In time, Scots grew weary of duplicating debates and discussions held at Westminster. We voluntarily sent our earls and clergy, now MPs, to London.

Westminster as an umbrella parliament makes nonsense of the guff reiterated by malicious troll and ignorant town councillor claiming the Scottish Parliament was abolished, or as one gloriously inept historian put it, ‘exterminated’.

This brings me to the subject of sovereignty. England’s sovereignty lies in its Parliament, thanks to Cromwell’s intense dislike of poncy kings in fancy wigs and garters who thought God the only person above them in authority. That is why English politicians are wont to say Westminster holds all power over Scotland’s Parliament with the exception of a few powers not reserved, which, they assert, can be taken away again.

There’s the abhorrent sight of English MPs declaring they will resist a second referendum with all their energies. Yes, let the people have their say so long as it’s in keeping with British approved orthodoxy! Scotland must not get a surfeit of democracy.

We have the example of English arrogance in the form of who broadcasts what and why. Former Minister Margot James said that a state broadcaster is “the sort of thing which brings the union together and it will remain a reserved power.”

BBC, the British state broadcaster, sticking rigidly to English mores and culture, geographically landlocked, has illuminated the vast rift that separates Scotland’s place in the world in comparison to England.

Stumped by anything childproof

The Declaration established the unassailable principle that the Community of the Realm of Scotland is permanently, and in perpetuity, sovereign over any head of state and executive. It has the right to depose a ruler who defies the will of the people. And since Labour and Tory are England’s ambassadors we’ve had to depose any number of them, banished to the ermine locker. The ‘people’ are the indigenous and the enfranchised citizens of Scotland and its Islands.

People power is the foundation of a democracy. Scotland was first to institute it by constitutional law. We should be proud of that, but moreover, we should exercise it often in the face of Westminster obduracy and deceit. Our inertia is the weakness Westminster plays on and exploits. Our resolve is what they hate and try to weaken.

The Declaration of Arbroath specifically refers to ‘Our Kingdom’, not any land owner’s kingdom, not any corporation or institution’s kingdom, not a grand car park or a stadium. All we elect and all who are given temporary law making authority over us can be deposed by us – the people.

Keeping in mind that our parliament was not abolished, Westminster cannot dismiss the Document’s overriding constitutional legitimacy.

The Declaration of Arbroath is recognised by the United Nations. It fits snugly into the UN definition of a nation: a national entity with a shared history, a long association with a territory, and singular characteristics.

Sure, we share a common humanity with all other nations, but that won’t keep ours safe and free. It only keeps us friendly. What unionist politicians rely on is our ignorance of our history, of our rights, and an unquestioning faith in Westminster as the supreme law giver and the ultimate taker away of powers.

The supremacy of Westminster does not apply to Scotland. It never did. We have the internationally guaranteed right to decide our constitutional future. Once you perceive that and acknowledge it exists a whole new world opens up.

62 Responses to Union? What Union?