Dinner With The Union 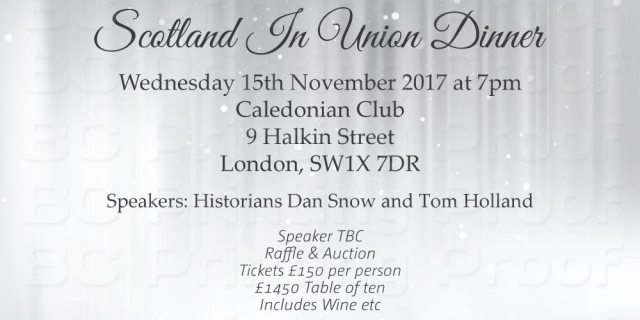 Ridicule of Scotland basted in Oil garnished with Thistle in Bloom

Topped with British Raspberries from Perthshire

Tunnocks on a Tartan Slate

Main Theme of Speeches – Sock it to the Jocks

“Servility to British Orthodoxy Marks the Man from the Troublemaker”

Thanks and Prayers from The Very Reverend Gordon Brown (Via Satellite)

Donations to the cause much appreciated – under £10,000 list of British tax haven contacts; over £10,000 has the philanthropist nominated to the Cabinet Office for an Honour; anything over £100,000 guarantees a Knighthood.

The dinner is held in the Caledonian Club, London, about as far away from Scotland as is safe, European venues and Gibraltar being out of bounds. Chauffeur driven limousines from Heathrow, London City, Gatwick, or Kings Cross, extra.

7 Responses to Dinner With The Union