Not Unity, but Democracy! 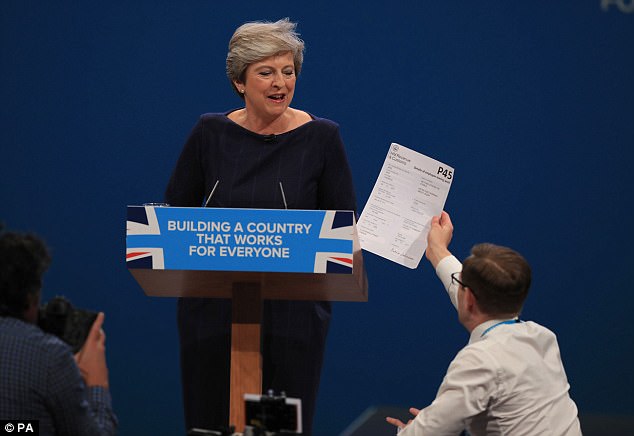 Does the electorate, does anybody in Scotland enjoy the daily dose of tosh beamed at us of Theresa May and the jostle for power in the Tory Party? Who is running the UK?

England’s self-inflicted woes erupt on Scotland like a neighbour’s blocked sewage pipe. The British economy has not grown in a decade and we are told all is well, dumping Europe a major achievement. We can take time off to watch a Punch and Judy show.

Political nonentities swirl around us like diced carrots in soup. In Scotland the unprepossessing foghorn Tory manager Ruth Davidson asks that we leave poor Theresa May alone. Her colleagues must stop trying to depose her for another useless politician … that’s Ruthie’s destiny.

There is no argument; May is grossly inept, out of her depth, without personality, and slow-witted. If English voters want her, they are welcome to her, but please don’t force this nonentity on Scotland’s future.

For all her false protestations of a caring Tory party May puts the ‘ass’ in compassion.

A natural heir to Brian Rix

Her annual conference was a farce not even Georges Feydeau could have written. Disregarding her embarrassing coughing fit from justified nerves, letters falling off blue screen behind her while her lectern bore the contradictory legend “working for everyone”, her wearing a Frida Kahlo bracelet, and handed her P45 by a professional prankster – what in hell’s name did she actually say in her speech of any importance?

The answer is, nothing but cliché and empty rhetoric.

She wants a country [England] “based on merit not privilege”. Her vision is for “a Great Meritocracy”. This is Orwellian doublespeak. Her party is doing all it can to reinstate private schools, disenfranchise state schools, “investing in fee paying schools to improve state schools” she mysteriously calls it. The Tories are obsessed about privatising the English health system, handing her nation’s hard earned wealth and political power to corporate business, and allowing banks and finance houses freedom to drag us all into a second economic pit. Free trade the world over is to be encouraged but blocked to Scotland if Scotland takes its future into its own hands.

England is to “take control of its destiny” while withholding Scotland’s. This is her agenda for a “new, modern Conservatism” so obviously a continuation of  brutal, self-centred American-style neo-conservatism.

Like the speeches of her colleagues it was woefully short of solutions and English obsessed, with a condescending gesture at George Osborne’s ‘powerhouse of the North’ – meaning Newcastle, for which Scotland’s taxes will be used to subsidise England’s domestic plans. Scotland is greater England, after all, and should expect the scraps.

She talked of a “Global Britain” while telling us we are not going to be European ever again. We are to be a remote island where people come begging to us, if we like them we might trade with them or even allow them in to the UK. This is British neo-colonialism that can only end in humiliation. Has the woman an ounce of intellect sufficient to warn of the stupidity of her utterances?

Her latest headliner slogan has all the reassurance of a wet patch on a bus seat. “The British Dream” was presented as some sort of social renewal. Who among us was aware Brits harboured a Martin Luther King dream? Tories keep reminding us that they’re the party of political realism.

As expected, May found a moment in her calls for [British] national unity to separate the people of Scotland from it. She denounced the SNP, Scotland’s elected administration.

“We are one United Kingdom – England, Scotland, Wales and Northern Ireland – and I will always fight to preserve our proud, historic Union and will never let divisive nationalists drive us apart.”

“Divisive nationalists”, the very same advocating continued integration with England, but not governance or having our wealth stolen and squandered. May’s media and press pack back her up every day concocting stories of SNP disarray and falling popularity. The fabricated distraction isn’t working. If it was they’d be silent instead of scared.

What May and her catastrophically inept UKip closet followers don’t understand is, as soon as they condemn nationalism, meaning ‘separatism’, they are demanding we all become adherents to the dominant English political party.

We must follow the Tories whatever the cost, even if that means dragged into wars.  They are the party par excellence, the party of unity. (Corbyn and Labour advocate the same doctrine.) In reality, they’re an English colonial social class imposing their values on the rest of us. That is what I oppose. Unequivocally.

It is not about unity – it’s about democracy.

England has every right to choose its destiny, and so has Scotland, Wales, and Northern Ireland. England cannot appoint itself master of the universe accountable to no one.

The right to self-defence of small nations is practical only by the right to self-governance. You can’t cajole and constrain simultaneously and call that political freedom. That holds true for Catalonia, Corsica, the Kurdish, Palestine and Ireland.

There are enough Tory and Labour supporters in Scotland to frustrate Scotland’s democratic progress for the equivalent of two generations, your children never knowing any politics other than extreme Toryism.

The people, not the state

The state is there to protect people’s rights not to repress them. If there’s a constitutional issue – they must discuss it. Scotland is bound with England only in a renegotiable Act of Union. The right to establish a separate political society with its own traditions, ethics and values is the ultimate proof of democracy.

Democracy articulates the right of the self-defence of minorities, and it defines this right as a right to political separation. If you deplore Scotland’s politics you believe the British majority can impose its will on any social category it dislikes or wants outlawed.

Unsurprisingly Tories do not denounce UKip supporters, a misguided group the majority of Scots reject outright. Instead the Tories assimilated UKip’s worst, most obnoxious, reprehensible policies. In order to retain power the Tories have  French tongued fascism, racism, and the loathsome DUP, going as far as to use our taxes to bribe the DUP for its support. The Mafia must be watching Tory tactics with envy.

To reduce Scotland’s politics to ‘nationalism’ not only narrows the debate severely, but also automatically adheres you to the party of the state, the Tories, irrespective of your beliefs. Just ask Catalonia how they feel faced with Rajoy’s right-wing supporters invalidating very progressive policy they vote for.

Two peas in a pod

The people of Scotland can see the future now under England’s governance, its priorities and agenda. It will crush Scotland’s ideals of social egalitarianism. By predicting the inevitable we have to be imaginative and alert so that we can seize the day and take us out of the hell of England’s making.

Fifteen consecutive Catalan laws designed to make easier the lives of Catalonians were struck down by Spain, include a living wage and no disconnecting domestic utilities for indebted families. That’s called a tyranny. So, when Westminster says they will hold back our annual funds if we do this or that that they dislike, or they will stop a second plebiscite, it’s no wonder there is affinity Scotland with Catalonia.

Scotland is a nation state held back by a belligerent, colonial neighbour.

4 Responses to Not Unity, but Democracy!