Catalonia Then and Now 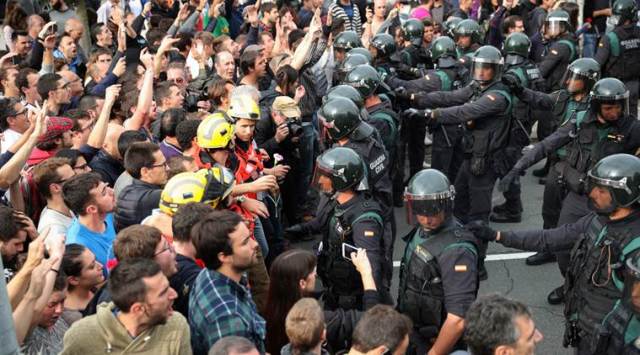 One of the ‘peaceful’ images from the Catalonian Referendum, 01 October 2017

“In Spain, the dead are more alive than the living” Frederico Garcia Lorca – poet

I’ve lost count of the number of visits made to Spain, to all points of that vast multifarious, humble, exotic land, but not the memorable journey across it by car north to south across the great Plain at 120 degrees in the shade in an open topped car.  Journeys were work related, also a time of learning and relaxation. Only on one occasion was it unpleasant, cheated out of apartment rent given a mosquito infested room with no air conditioning by a bankrupt English estate agent.

Spain is a great land but it was never one nation.

Anybody going to Spain for a holiday to spend all of it on a beach or the local bar might as well save themselves the trouble and visit a pub in Blackpool instead. Spain is the land of the Moor, the Roman, the Greek, the Jew, and great Spanish painters. Forget paella and sangria, immerse yourself in its history.

What is Catalonia today?

The tourist guides tells us Catalonia’s traditional agriculture was centred on the production of wine, almonds, and olive oil for export, as well as rice, potatoes, and corn (maize) as staples. Slightly more than one-third of Catalonia remains under cultivation, but olives and grapes are being supplanted by fruits and vegetables. The raising of pigs and cows is the dominant agricultural activity.

The main reason Spain is doing all it can to stop Catalonia moving from an autonomous state to one full independent is simple – like Scotland is to the UK, Catalonia is to the rest of Spain, a wealthy region. It is the richest and most highly industrialized part of Spain. Today Catalan boasts metalworking, food-processing, pharmaceutical, and chemical industries. Textile, paper-making and graphic arts, chemicals, metalworking industries are mainly concentrated in Barcelona.

One of Barcelona’s plants produces electric cars for Nissan. Spain also builds Seat cars and trucks for VW. Pegaso sports cars was once a greater threat to Ferrari than Jaguar cars. Fuel and petroleum products has led to a huge expansion of Tarragona’s petroleum refineries. And as any visitor knows tourism is paramount.

Catalonia banned bull fighting, but the highest court in the land overruled the ban in 2010 saying the autonomous region could not interfere with national heritage. 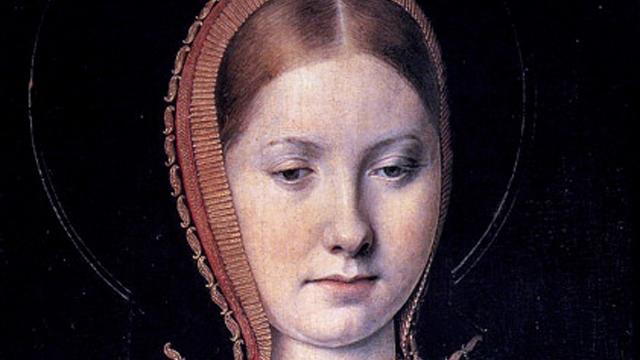 Spain was not always Spain but a group of principalities once referred to as the Iberian Peninsula, self-sufficient states, factions often in contention with each other. Catalonia was formerly a principality of the Crown of Aragon. We learned a little of it at school.

Our student days remind us of Shakespeare’s Prince of Aragon in The Merchant of Venice, the Prince suitor to Portia. Catherine of Aragon had the misfortune to end up as the first abandoned wife of Henry the VIII, luckily the one who didn’t get her head chopped off. She gave birth to his heir, Mary.

What we were not told was that from the 17th century Catalonia was the centre of a separatist movement that sometimes dominated Spanish affairs as it has done in the 20th and 21st century.

Fair to say Catalonia has had a rough time when it comes to being invaded and dominated: it was one of the first Roman possessions in Spain; occupied during the 5th century by the Goths; taken by the Moors in 712, and at the end of the 8th century by Charlemagne who incorporated it into his realm as the Spanish March, ruled by a count but not for long and soon rejected. For the serious tourist of history Spain is a paradise.

Once Isabella of Castile (1469) brought about the unification of Spain, Catalonia became of secondary importance in Spanish affairs. It tended to be seen as a troublesome region, rather like England’s territorial view of Scotland. Though it retained its autonomy – as now –  and Assembly, (Generalitat) by the 17th century its conflict of interest with Castile, along with the decline of the Spanish monarchy, led to the first of a series of Catalan separatist movements. Yes, like Scotland, it’s been a 300 year old struggle.

In 1640 Catalonia revolted against Spain and placed itself under the protection of Louise XIII of France, a revolt quelled in the 1650s. In the War of the Spanish Succession Catalonia declared its support for the archduke Charles and resisted the accession of the Bourbon Dynasty, but in 1714 it was completely subjugated by the forces of the Bourbon Philip V who abolished the Catalan constitution and autonomy. Back to square one.

The resurgence for nationhood really began in the 1850s. Serious efforts were made to revive Catalan as a living language with its own press and theatre – there’s that cultural aspect again that England’s unionists detest whenever Scots raise the same issues – a movement known as the Rebirth. Once the Catholic church lent its support to full autonomy the war of attrition began in earnest. 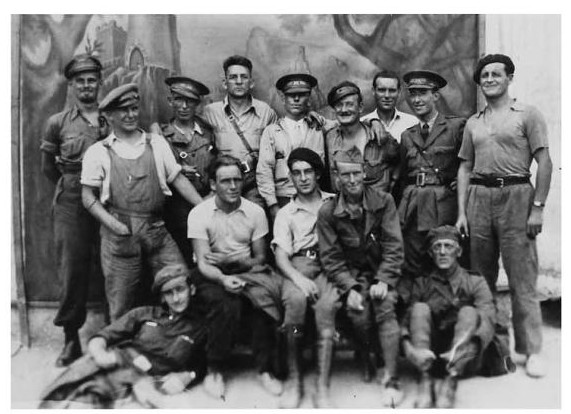 In 1931 the then leader of a socialist-leaning Catalan proclaimed it a Republic. A compromise was worked out with the central government, and in September 1932 the statute of autonomy for Catalonia became law.

In 1936 Spain began a genocidal civil war to reclaim Catalonia. The far-right Nationalists’ victory in 1939 meant the loss of autonomy by the hand of dictator General Francisco Franco’s government, an administration that put into force a draconian repressive policy toward Catalan’s socialist nationalism. Catalonia’s dissidents were executed.

After Franco died – his inner cabal kept him barely alive for 48 days to retain power – the Spanish monarchy was reinstated but Franco’s anti-separate Catalonian constitution was retained in most respects. Naturally, Catalonia objected, and has been struggling to regain its independence ever since. 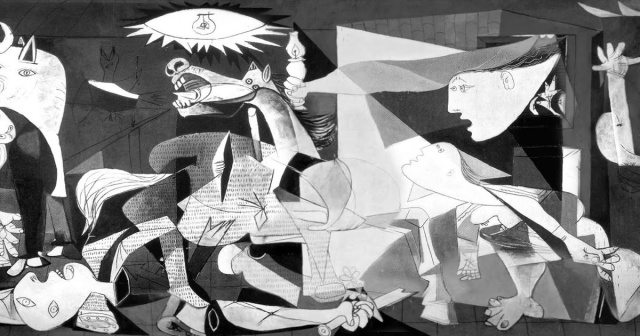 The pact to forget

The Pacto del Olivida was the commitment imposed on Catalonia by the Spanish elite after the fall of Franco. It was an attempt to throw a heavy blanket over civic unrest brought about by the violence of Franco’s fascist troops and his supporters, the intention being Catalonians should concentrate on being good peaceful citizens. (It included assassination campaigns of ETA, the Basque separatists of northern Spain and south western France.) We can see the result of that policy today.

Memory  is part and parcel of a nation’s culture. We in Scotland are forever told by unionists to forget out past. We are derided as claymore and kilt fanatics. Cheated of greater powers when Scotland voted No in 2014 is yet another reason why forgetting the past is a colonial joke. The Spanish call it Encarnación. How can the Spanish forget the crimes of the Civil War? It is etched in the memories of an entire generation, some still keen on Franco’s authoritarian rule.

Taken to its logical extent, should we forget the Nuremberg Trials and the verdicts thereafter? To do that levels the victors with the defeated in the war against Nazism, the Nazis who, incidentally were allies of Franco.

Catalonia has been negotiating a path to independence for almost a decade. It has lost all patience and yet still asks for dialogue. The Spanish Constitution demands a 60% majority to change it. Catalonia has only 47 seats out of 350 in the Congress of Deputies  – like Scotland and Westminster the dice is loaded. 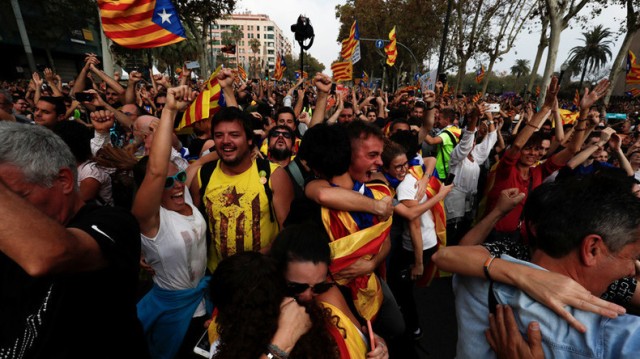 Jubilant crowds on learning of the Declaration of Independence

The right-wing of Britain and Spain is already hard at work trying to focus attention on the Catalonian Referendum as illegal.

The American declaration of independence was deemed illegal. Then again, anything labouring under a constitution created by Franco is bound to feel repressed. What the right-wing want us not to discuss is their acts of repression:

There is a glaring flaw emanating from the mouths of those who argue Catalonians are flouting Spanish law. They never know where to draw the line. If beating up peaceful voters is lawful in their bleary eyes, then so must be shooting them dead. That was Franco’s creed. Rajoy’s proto-fascist ‘Peoples’ Party has remnants of Franco supporters within it. You can see why Gibraltarians treat it with great suspicion.

A left-wing administration won the last election. Rajoy’s corrupt administration stands open to scrutiny, their secret files made public. However, the new government has to prove its credentials by releasing all Catalonian political prisoners. To do less leaves doubt in the mind of the world’s court.

There are many books on Catalonia’s struggle. Readers can’t do better than George Orwell’s Homage to Catalonia, an account of all the betrayals, particularly by the communists, handing that troubled land to Franco’s fascists. Readers should know, in addition to one Etonian wounded, over 500 Scots sacrificed their lives in Spain fighting Franco.

If not already familiar with the image and its powerful meaning, readers should try to see Picasso’s masterpiece ‘Guernica’ lean the history behind its creation and what it meant to his comrades. If possible, stand before this great work of art to absorb all its meaning.

12 Responses to Catalonia Then and Now