Don’t you believe it!

Harassed readers occupied with surviving corporate-run DUP Britain might have noticed media chatter discussing the ultimate banning of the combustion engine, that is, petrol (gas) and diesel engines. Hybrid cars are covered too, so you can’t slip a teeny-weeny little Fiat Cinquecento engine under the hood while no one is looking.

The future is all-electric. And nobody mention the first electric car was created in 1828.

It was the great medical item of the week, but of humongous proportion. There’s a medical item every week, from tea causes cancer to superbugs don’t actually wear cloaks. The mainstream media knew they had a big one they could feed off for a month.

Church bells rang out the news from Westminster to the Tory press and back again. Our air will be cleaner, our children live longer, each enjoying a better chance of reaching the state pension, which by their generation will be 80 years of age, giving them roughly two years to cash in, assuming they don’t drink too much Yorkshire tea from Ceylon.

It was a glorious day in Britannia’s history, a day the privileged pronounce dirty, polluting machines of the last 120 years good and dead – nuclear power stations not included.

A Tory Party press release crowed over how wonderful it is to be free of EU interference. Free to make our own laws, free to fly in the face of common sense. Only problem is…..

It was an EU directive.

Exhaust fumes will be banished by- cough! Splutter! Hack, hack… oh, forget it.

The UK Minister for the Environment, a Scot named Slithy Gove, gave the exact date when we can all stop holding our breath: 2040.

And of course, they will still exist in Britain, for the announcement means no new combustion engines will be made, meaning made by auto manufacturers in Britain.

Moreover, Hartley-Brewer, (a name conjuring an image of a Chelsea tea drinker) lives in a flat, poor thing, and can’t envisage how long a cable she’d need to reach her car of the future to charge its electric motor, parked in the street. Somehow she manages without a long tube from her car to a petrol station to fill her tank.

I’m pretty sure early electric cars will have a back-up battery for motorists who don’t keep an eye on charge levels, so relax.

One day after the Smog-Be-Gone! announcement BMW stated it was building an electric MINI in Blighty. In a flash the Tory party boasted this was yet another victory for British industry now free of European domination.

BMW has known about the EU directive for many months, and, seeing their competitors introducing entire electric brands, felt an electric MINI a big seller.

Tories hope we don’t read the small print: the MINI’s electric parts will be made in Europe, in BMW’s e-mobility factories at Landshut and Dingolfing in Bavaria, to be exact, shipped over to their Oxford plant and assembled predominately by robots. 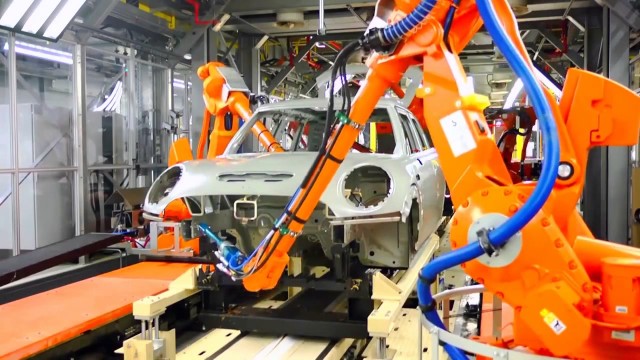 The BMW MINI – no extra jobs for an electric version

A modest step is proclaimed a ‘Great Step Forward’. We are years behind most developed nations, even the state of California, setting up electric charging systems.

Presumably the Tory Party hope twenty years enough to privatise the various parts of an electric infrastructure, franchises handed out to friendly corporations, profits to the Cayman Islands. The fear is, by then we will pay the likes of today’s petrol prices and tax hikes for our weekly leccy boost that actually costs a £1 per city vehicle.

The 2040 ban on fossil-fuelled cars has done its headline-grabbing job, making out the Tory Party is the party of modernity, protective of the environment despite having a track-record of slowing down carbon emission reductions at each and every international symposium ever held on the urgent subject of world health and environmental protection.

Behind the smokescreen – pun intended – ministers murmur coyly that air pollution causes as much as £2.7bn in lost productivity in 2012 – worker output is paramount! – ignoring the reality of annual health costs of at least £27.5bn.

A government’s first duty is to protect its citizens from harm: the UK doesn’t give a damn. Tories avoid mention of the progress Scotland has made ever since Alex Salmond noticed energy matters had been overlooked in the Articles of the UK Devolution Bill, and subsequently implemented a radical programme of energy and air improvements.

No sooner had the ban on dirty engines been announced when up jumped none other than an automotive manufacturer to object. Andy Palmer, CEO of Aston Martin, maker of iconic sports cars designed to make a loud rasping noise between short-stop traffic lights.

Palmer said, “A worst-case scenario of a full ban would put businesses and the jobs they bring at risk. It’s not thinking about the consequential effects to the 800,000 people in our industry. It’s not taking into account the impact on things like petrol station garages and the [Ford employees] who have been making engines in Bridgend.” Boo-hoo!

He’s another CEO devoid of imagination, believing somehow garages will not install charging points in a jiffy if there’s profit to be had. He’s another CEO who thinks mega-companies are impotent, frozen in fear, unable to adjust to market conditions.

Of course, what he is really saying is, if the British government want wholly foreign owned Aston Martin to remain in Blighty they’d damn well better offer massive financial incentives to shift from petrol to electricity.

Go with the electric flow

Readers of this essay site know I’m a great devotee of electric vehicles of all kinds. I’ve no fears Scottish oil fields will be rendered useless the day we regain independence – the predicted jeer of lesser spotted Tory Boy. Petroleum goes into making a myriad of products, indispensable until alternative elements are ready for manufacturing.

I want to see the pain and expense in pocket, and environment pollution, noise too, eradicated in car ownership. The future isn’t lashings of chrome and cow leather. I want convenience, technology, and simplicity.

So, we can have a laugh at Tory ministers averring “Poor air quality is the biggest environmental risk to public health in the UK and this government is determined to take strong action in the shortest time possible,” ….. in twenty-three years time, or maybe longer if we feel we can get off with it politically. 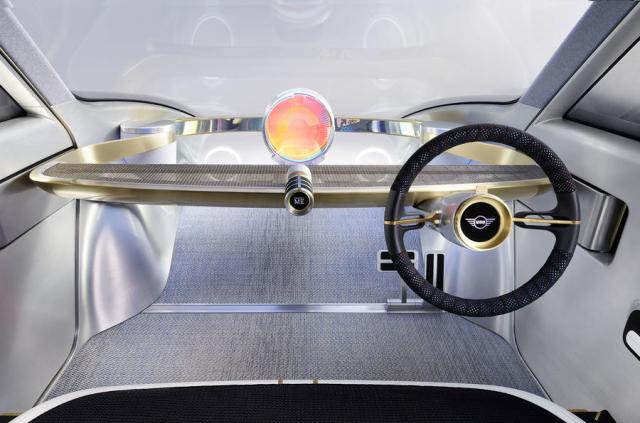