Your weekly guide to all that’s rotten about car ownership, plus some good bits 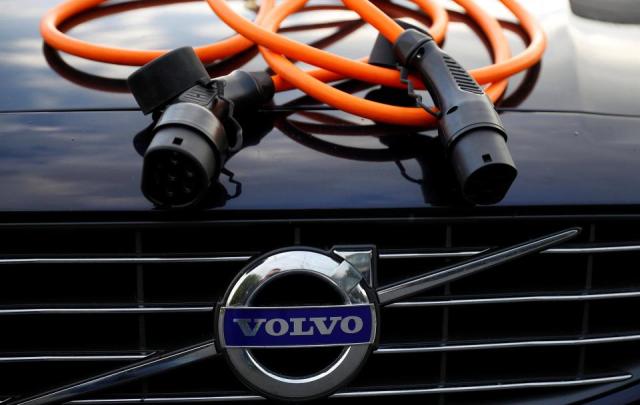 Keen car drivers will have noticed Volvo’s announcement that from 2019, the company famous for its introduction of now common safety features, will produce only electric cars or hybrid cars, that is, petrol-electric. All in all, a nice piece of advertising, one up on other car manufacturers. However, there are a number of things they didn’t announce.

Volvo, that once proud Swedish owned company, is Chinese owned. It got there after Ford, on an imperialist buying spree late last century, bought an ailing Volvo among other car companies, found it had stretched itself too far financially, and sold off its acquisitions, Volvo for £1.8 billion to the Chinese. Geely are in the driving seat now.

There is a massive government drive by Chinese authorities to clean up their air from noxious car exhaust gases and smog. In a rush to dump their agrarian society they invited in western-style living and are now paying the price. The motivation for electric vehicles comes from Geely, but let’s not get mealy-mouthed about advances in the car industry – they tend to be few and far between. Car makers attitude tends to be, what sold last year will sell this year, just give it a different colour and a go-faster stripe.

I’m sure Volvo executives noticed the trend is moving away from large, thirsty, noisy, window cracking petrol engines, to something 21st century, and pushed their financial backers to become a company with a specialism again. After all, that what they were in the days when they hand-built all cars without a conveyer belt, “a more human and productive method”, and were first with great safety features such as inertia belts, toughened windscreens, and bumpers not made of puff pastry.

Last year one of their existing models, the SUV XC90, the plug-in hybrid version, sold well over the 10% the company had anticipated. Volvo took notice.

Between 2019 and 2021, the firm will launch five 100% electric cars, and ensure the rest of its conventional petrol and diesel range offers a hybrid engine of some form.

Hybrid usually means more miles for your buck. (Please make them elegant cars!) The perceptive will notice Volvo make no promise to ditch diesel engines, which supposes they’re not saying they won’t make combustion engines. Volvo is determined to end production of building models that only have an internal combustion engine.

A Geely funded sports coupe. Geely want Volvo to compete with the likes of BMW

The press welcome electric vehicles – not

What is the right-wing British press saying about Volvo’s announcement, in particular, what is Michael Heseltine’s far-right leaning Autocar magazine saying?

“But the pricing of [its SUV] model suggests drivers will pay a premium for future Volvo cars – the basic plug-in hybrid version of the XC90 costs £61,650, £13,250 more than the basic diesel edition.”  The Guardian fails to suggest Volvo could conceivably adjust its pricing strategy, or Geely underwrite additional start-up costs until sales pick up.

“It’s not quite the same as saying they will not make any internal combustion engines, but it’s obviously a key moment. The key thing is they’re investing in battery technology and they’re looking to get batteries with significant range on board.” Fair enough, Ben Lane, the director of Next Green Car, gives Volvo credit though he’d rather see combustion engines phased out.

“Good news. Other manufacturers should follow suit.” No faffing or messing about from Greenpeace, champions of environmental protection.

“Volvo can perhaps claim a semantic victory over its rivals, given that it doesn’t make smaller cars, where the cost of making them all electrified with mild hybrids is too great at that end of the market.” The cost is to great for small car? Autocar plies the  manufacturer’s line. Mercedes Benz produced an electric Smart. And you got government subsidy if you bought one. They’re almost impossible to find now.

“Volvo will become the first major car manufacturer to go all electric, with the Swedish company saying that every new car in its range will have an electric power train available from 2019.”  Wrong. Tesla are the first all-electric car maker. The Telegraph mentions what other manufactures plan to do, but again makes no mention of Tesla.

“Bravo Volvo! Volvo’s upcoming, broad hybrid portfolio will see every car in the range offered with 48-volt electrified architecture and a choice of mild or plug-in hybrid assistance mated to both petrol and diesel powertrains. The firm also intends to release five all-electric cars between 2019 and 2021. Back in April, Volvo revealed that the first of those all-electric cars will be built in China by parent company Geely – for worldwide export.” Well, that’s a way to keep costs down for those ‘too expensive’ electric cars.

You don’t want to read those. They are full of the automotive illiterate, polishing queens, and Luddites, some alarmingly young to be old fuddy-duddies. There will always be a residue of petrolheads who get high on the rasp and bark of a fat exhaust and think electric cars are for wimps.

Personally speaking, I’ve got no doubt electric vehicles will dominate most of this century before somebody invents a car that works on air. And there will be cars that take to the air. I can’t see me living long enough to drive a flying car, nor can I imagine how air routes in cities would ever be respected by hothead boy racers.

Currently, (pun not intended) boost time for electric cars is the problem, particularly if you are on a long journey and want to get there in one day. So far, the longest journey by battery store is around 300 miles. But super-capacitors will replace batteries in all-electric vehicles allowing them to be charged in a matter of seconds. That news comes from a research paper published by a group working with the University of Surrey and University of Bristol.

The group claims to have reached a breakthrough in its research into EV batteries and says super-capacitors (soon to be one word without the hyphen!) are proven to be between 1000 and 10,000 times more powerful than equivalent batteries.

This breakthrough will allow battery-electric vehicles to have ranges anxiety free, or at least the same as between petrol garage and petrol garage. We tend to forget the times we drive almost out of gas, desperately searching for a filling station. That aside, the university group state super-capacitors as more efficient and greener, suggesting that they may waste less energy and have a smaller environmental impact than regular electric vehicles. Laptops, mobile phones and tablet computers are all targeted by the group as areas for potential change.

Musk on the trail

CEO Elon Musk of Tesla electric cars has already backed super-capacitors but said “we need a breakthrough in energy density” on his social media site.

The research group suggests that this may be the breakthrough Musk was referring to. China already has a fleet of super-capacitor-equipped buses, although these do not yet have the considerable range the research group claims is possible with the further development.

The Techrules GT96 turbine-recharging electric supercar made its world debut in production-ready form at the 2017 Geneva Motor Show. The car uses innovative Turbine-Recharging Electric Vehicle (TREV) technology – a range-extending micro-turbine system, which generates electricity to charge the battery pack. The battery then powers the motors that drive the wheels.

The hypercar also features plug-in charging capability for markets with access to charging networks. Inside information indicates it’ll feature a lightweight carbon-fibre monocoque design, powered by six electric traction motors, each weighing 13kg. The front wheels are driven by individual single motors, while the rear wheels are driven by a pair to each corner. Peak combined power output of the concept is a claimed 1030bhp, and it can sprint from 0-60mph in 2.5sec and onto a top speed of 217mph – if the press hand-outs are to be believed.

So far the electric-only range is projected to be up to 93 miles, 13 more than a Smart car’s 80 miles, so no great advance there, but it is a serious attempt at creating a modern car with modern materials, that is environmentally friendly. And it’s Chinese.

The Beijing-based company claims the TREV system is a sealed-for-life powertrain solution, which requires almost zero maintenance throughout the ownership cycle, with the only service item being the air intake filter.

Oh, I nearly forgot to mention, Volvo’s owner, Geely, has investments in electric vehicles through its ownership of the company in Coventry building electric taxi cabs, a must for London, a city prescribing all-electric cars by January 2018. It takes the Chinese to show the west how to get ahead in the modern age.