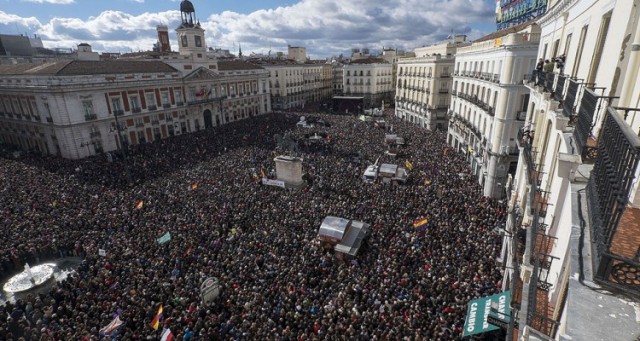 A march turns dissent into resistance

Marches express an ideal. Marching is the difference between a keyboard warrior and an activist. Marches confirm we are not helpless against corrupt authority.

I still see people suggesting marches are a waste of time. From where do they get that idea? Marches and rallies have an affect on the onlooker. The statement they make is, there is a large consensus who want to make a difference in society.

Marches can convince the indolent to be active. People feel comfortable belonging to a large group, especially if it is good natured, affable, the camaraderie genuine and heartfelt. Marches gather together people from all walks of life.

All for one and one for all, and all that.

To know the power of congregations of like-minded protestors you need only think of the Romanian crowd outside President’s Ceausescu’s palace that turned volatile. They had good reason. Their anger began a revolution. They realised Ceausescu and his wife intended to maintain a brutal, corrupt, dictatorial hold over the lives. They toppled the regime in a week that some thought invincible.

Marches are an indispensible civil liberty

Marches confront the power of the state. Ask Podemos in Spain. Ask any number of mass movements for democracy. Marches are the energetic outcome of a restlessness to be heard. And Scotland, one of the last British colonies, damn well needs to be heard.

The British establishment knows the worth of crowds and marches only they call them patriotic parades. They organise an anniversary parade or a solemn commemoration, get the faithful lined up to waft Union Jacks, and hey presto, blind, unthinking patriotism is restored, the wrong kind of patriotism supporting the status quo not democracy.

There is an irresistible dynamic to physical protest. Supporters of restoring Scotland’s self-governance and self-esteem know crowd power has a health benefit – it fills people with hope, it signifies the best in human nature, it raises the spirits. Happy people are positive people. And the walk is good for your mental health and well as your physical health. You learn from participating. You learn from others.

In addition, it demonstrates strength of support, political cohesion and resolve of purpose. Why else does the state determined to retain authority engineer police and mainstream media to downgrade numbers as a way of undermining that unity? 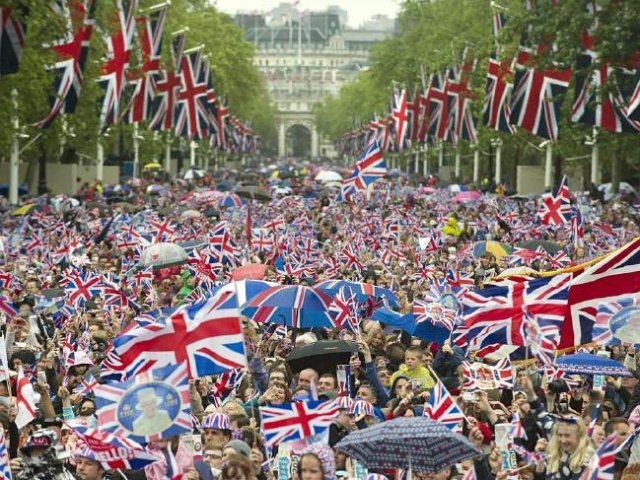 An English (and tourist) march and rally, only it’s called a ‘patriotic parade’

Martin Luther King swore by the power of marches

Marches have spectacular historical precedence: Martin Luther King discovered their potency early in his campaign for equal rights; Gandhi’s Salt March some historians believe was a watershed in India’s move to independence; The Long March (October 1934 – October 1935)  of Mao Tse Tung was a march of a different sort, a military retreat undertaken by the Red Army of the Communist Party of China, the forerunner of the People’s Liberation Army, to evade the pursuit of the Kuomintang (KMT or Chinese Nationalist Party) army. It altered the destiny of China.

For the participants, joining a march to BBC Scotland’s headquarters, for example, became a demonstration that symbolized the transition from passive dissent to protest.

On internet and in newspaper we can be ignored, our anger muted. Those demonstrating outside the BBC cannot be interpreted any other way than a protest at BBC inadequacies in representing properly and honestly Scotland’s political and cultural aspirations.

To those holding power over us above and beyond that which they were given there is nothing more certain to concentrate the mind than a phalange of marchers approaching you demanding civil rights.

Marches are an antidote to Westminster tyranny

Active resistance is confidence boosting. It need never resort to violence. Violence will frighten and alienate some who can be reached with reason and example. The sight of Orange Order and BNP hoodlums beating up independence supporters in Glasgow stains British patriotism indefinitely.

How do we attain civil rights? We march. We congregate. We agitate. We cry liberty.

Resistance is persuasion. Marches are a manifestation of optimism to make things better.

Glasgow: A march to restore Scotland’s civil and constitutional rights