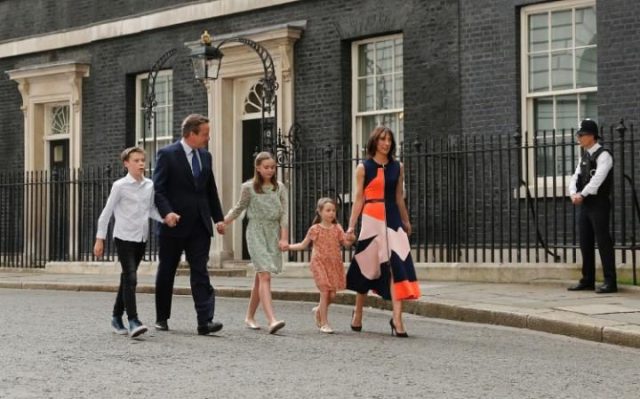 English can’t blame the mess they’re in on anybody else but themselves.  They called themselves ‘British’ for so long they forgot what it was to be English.

Now they are desperate to turn back the clock. Unfortunately the clock is Swiss made. For Swiss read European. No matter what England does to dump Europe it is still going to get all the European standards, goods, and citizens it got before. So, no change there.

England doesn’t manufacture much these days, Thatcher saw to that when she turned a once proud nation of artisans, engineers and inventors into waiters, couriers, hamburger flippers, shop assistants, or multi-millionaire City of London bankers and investors.

Cameron is the architect of his own downfall. He decided the only way to consolidate Conservative support was to steal policies from the odious UKIP party. His solution was to offer the promise of a referendum on Britain’s membership of the European Union, a ‘Johnny Foreigner’ institution still reviled by many of his fellow Tories.

To paraphrase, they’d rather be dead than in bed with the French or Germans, well … except for drinking good wine, enjoying superb cuisine and driving well engineered cars. Italians, Belgians, and the Spanish don’t count, poorer countries compared to Britain. The Dutch only eat and sell tulip bulbs and wear wooden shoes, so no competition there.

When you think about it almost everything Cameron touched turned to rubble: hugging hoodies, the ‘Big Society’, co-operation with the LibDem party, Afghanistan, Syria, flood barriers in the lowlands, stemming the tide of SNP MPs, European cooperation.

When Cameron took office there were 61,468 people dependent on food banks in the UK, when he left there were 1,109,309, not the kind on increase he meant to achieve.

Did he manage to reduce existential angst over terrorist attacks? Did he hell.

Cameron will be remembered for losing Europe and Scotland, and who knows, perhaps Gibraltar too since they voted to remain within Europe exactly where they are plonked. Gibraltarians are livid. Spain has its cue to tighten the border.

Fooled into thinking he had tamed the Scots, balls high he gambled everything on a second referendum this time on European unity and lost, effectively blowing half a century of economic and diplomatic effort on the part of his predecessors, and leaving Britain in the hands of the USA. So much for Etonian skills to  govern our imperial nation. It turns out they are a bunch of arrogant, incompetent tossers. But we knew that, it’s only that the common Englishman feels aristocrats are better at being tossers than they are.

When the far-right  periodical, The Economist, pens a damning critique of your political career you are surely confined to the ‘All-Time Failure’ archive forever. “His referendum campaign, for all its flashes of skill and conviction, was too little, too late. The whole exercise was a spectacularly foolhardy act of overreach. The unanticipated outcome will be a Britain poorer, more isolated, less influential and more divided.”

“Free at last!” crow England’s down trodden and poor, as if Nazis had only just been banished from their garden.  They wave heartedly at news cameras while pinning up their ‘made in China’ washing. “I bet the Queen is purring now”, shouted one scrubbed face.

Cameron’s departure signals the untangling of decades of European integration, the rejection of the principles of the post-Cold War liberal order, and now threatens the integrity of the United Kingdom itself, with Scotland eager to remain in the EU while casting off the yoke of Westminster. Job done.

The fragrant JK Rowling who famously opined the weave of Scotland with England too complicate to unravel sees the weave with Europe ripped apart overnight. Yes, JK, when you put your mind to it, it’s that easy. 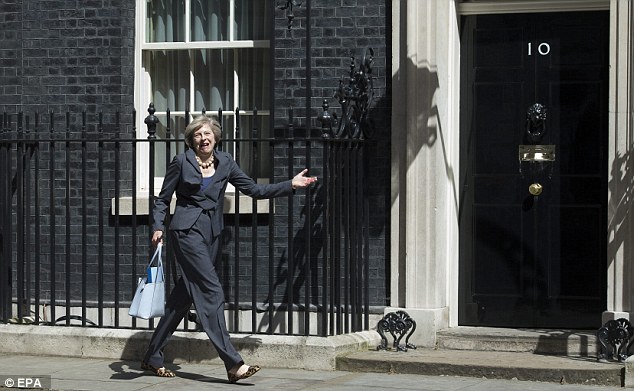 May in, and doing an impression of Thatcher

Then in came Theresa May as prime minister, and immediately set to work to make England a laughing stock in the eyes of the world.

May said her government “will forge a bold, new, positive role for ourselves in the world, and we will make Britain a country that works not for a privileged few but for every one of us.” May plans to reverse the world’s entire ne-con economic ideology simply because she’s a woman and it’s all in a day’s chores. Outside Number 10 Downing Street she refrained from repeating Thatcher’s folly, “Rejoice, rejoice, rejoice.”

She has begun her premiership in good suicidal fashion: the selection of Boris Johnson, the bumbling buffoon of Bullingdon, former mayor of London, as the foreign secretary caused howls of derision on social media, and hard intakes of breath in the corridors of power. The American ambassador is recorded as laughing until his gold fillings fell out.

Boris is the man who talks of ‘piccaninnies’ and foreigners are untrustworthy people. There is hardly a nation or race he has not insulted at some time or other.

Foreign affairs pundit Ian Bremmer deadpanned in a tweet that, with Johnson now Britain’s top diplomat, the country’s alliance with the United States transforms from the “special relationship” to the “special needs relationship.”

Johnson, a man who likes to think he pens terrific journalism that includes false quotations, accused President Obama of harbouring an “ancestral dislike” of the British Empire because of his Kenyan origins. In a 2007 column, he likened Hillary Clinton, potentially the next American president, to “a sadistic nurse in a mental hospital.”

Oh dear. What does he say when he has to glad-hand them? “I do so hope you Yanks took my well meant joke in the spirit of friendship- erm… is that a gun in your pocket, or are you pissed off to see me?”

As if elevating Johnson was not stupendously stupid enough, May has brought back into the cabinet the disgraced politician Liam Fox, Fox by name, foxy by nature, her token Scot. This is Cameron Blight all over again, bringing in people fit only for the court dock, later expressing full confidence in them … just before firing them.

Fox must be as shocked as the next self-serving MP. He is Minister for Trade and Industry. He’s the man least likely to say we are spending too much on defence. That’s what he ‘went down’ for last time when he was defence Secretary.

He brought along to international meetings his old mate Adam Werrity, a  lobbyist. He was given free access to private, confidential meetings with defence contractors and diplomats though he had no official role, nor government clearance. Werrity handed out his business card which implied he was Fox’s assistant. It was a serious breach of security and a diplomatic blunder.

Sturgeon meets May – Unionists, ever eager to lower the agenda to banal level, complained of the lack of a Union Jack

Theresa May, the new Prime Minister by default, yet to win an election on her policies, whatever they are, popped up to see Scotland’s First Minister, worried Scotland voted to remain European overwhelmingly, and order another helping of pizzas.

She didn’t actually say we women must stick together, but she did propose that Article 50 that activates withdrawal from Europe would not be ‘triggered’ (the gun allusion is Freudian) without both nations involved in “our” negotiations, a ‘UK approach’ she called it. Going by historical precedent we must presume by “our” she meant England. Scotland will be reduced to ministerial handbag carrier.

The only card May and the Tory party have to stymie Scotland’s swelling demand for full democratic structures and status is time. It will take at least five or six years for the UK to extricate itself from Europe. The next two years involve complicated negotiations while England asks to keep all the privileges but none of the responsibilities.

Two years is long enough for the people of Scotland to feel ameliorated about having their international outlook stifled for generations to come, no doubt given promises of constitutional change to federalism – the next relentless trope – a second phony Vow. At least, that what the Tory party hope.

As I write, Scotland’s wish for self-governance regained is reaching 55%.

Well, Scotland, you’ve got to ask yourself one question, did Cameron fire five or six? In all this excitement I kinda lost track myself. But being Tories hold Trident, the most powerful weapon of mass destruction in the world that could blow your head clean off, you have to ask yourself, “Do you feel lucky?”