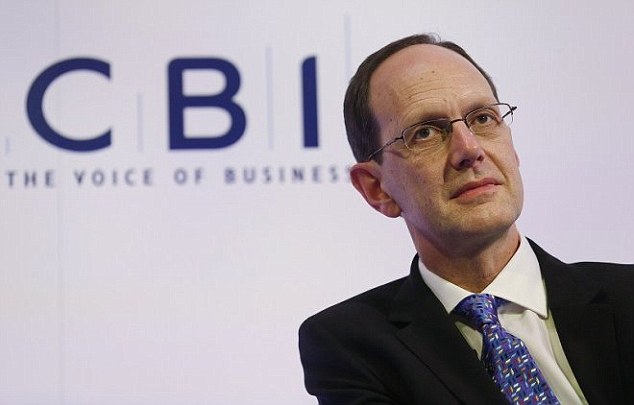 How in can it be that a public body, a public funded body, society’s main means of communication, charged with impartiality in all its dealings, in all its news reporting, that must represent the culture of the nations it was established to serve fairly and openly – the British Broadcasting Corporation – how can it be happily affiliated to an overly right-wing institution, the Confederation of British Industry – CBI?

It was only days ago I posted an essay exploring BBC Scotland’s real and alleged bias, and another rebuking companies for attacking the democratic process in Scotland, (“The Abuse of Corporate Power“) the CBI a key suspect leading the cavalry charge, and here we have both institutions hand-in-hand, partners in crime.

I dislike using labels such as left-wing and right-wing, trying whenever I can to define what the individual or organisation stands for that I criticise, but sometimes it’s impossible to avoid the starkest of descriptions.

There is no other way to describe the CBI – it exists to protect its membership from what it regards as onerous government regulation and taxes, and to achieve that by lobbing government to alter policy in favour of its members.

It advertises its wares as, “Britain Premier Lobbying Organisation.” “Want us to champion your issues?”

On the evidence of this catastrophe, no thanks.

The English side of the CBI is presided over in London by one John Cridland, a man sharing the same anonymous bespeckled appearance as a thousand other accountants, yet with the obduracy of a cornered rhinoceros. Against all challenges, against all attempts to question numbers and to name names, his claim of consulting all CBI captains of industry in Scotland and England, (no mention of Wales or Northern Ireland) before declaring the CBI a “No” in the Referendum, turns out to be a lie, a statement as solid as rice pudding.

Cridland says he “took soundings.” That’s soundings less sure and arithmetical than those seafarers take with a weight on a rope to check depth under his ship’s hull as his vessel approaches land. Cridland admits he neither consulted his executive nor anybody else for that matter. He took it for granted all businessmen are against more powers for Scotland.

He spoke for them.

Another colonial, arrogant Englishman deigns to tell the people of Scotland what is best for them. The BBC gave his flaky pronouncements prime television coverage.

The CBI refuses to publish which companies are members in Scotland. It is accountable to no one, and to no government.

The CBI website announces its case in clarion terms, “Why the Scottish Government’s economic plan doesn’t add up.” This from an organisation that states it is “not campaigning in the Referendum” yet has registered with the Electoral Commission to do exactly that, free to spend money on promoting an anti-democratic view.

Now it wants out of registration but is told that might not be as easy as Cridland thinks. Legally, it has to be registered. A fiasco of CBI proportions. As I write, Cridland’s stomach rumbles are still on the CBI website, flagged as “Independence Referendum – What is the Business view?”

As I said before, company chairmen advocating against the outcome of a plebiscite are stating they hate democracy.

Lots of Scottish CBI members have resigned affiliation. They ought to have done that as soon as the Referendum was announced.

The BBC, however, will “suspend” its membership of the CBI from 30 May to the 18 of September, remaining a member meanwhile. How it can justify that contradictory position as a public institution defies rationalisation. Perhaps public outrage in tandem with in-house union protest can alter the ever-tardy and inept BBC executive mind. It admits paying over £22,000 a year for membership, and a member over ten years, making a potential total of at least £200,000 paid in licence payer fees.

The BBC must quit the CBI permanently.

One supposes BBC joined the CBI when it established BBC Enterprises; it’s been clobbered long and hard enough by successive governments to ignore its charter and turn itself into another commercial entity. Nevertheless, affiliation with the CBI is a step too far.

I can just about take every break between programmes as an excuse for the BBC to out-do commercial television in loud and vacuous advertisements, in the BBC’s case, for its programmes – few made in Scotland – but membership of the CBI is wholly unacceptable.

The Scottish leader of the CBI, Iain McMillan, announced he will retire later in the year, a press release a classic of spin: he was not pushed, not the fall guy, he was always going to resign. Another example of how the power elite treat the electorate as dumb, easily fooled.

McMillan ought to be thoroughly embarrassed. Cridland has to resign. With Scottish companies and institutions of integrity resigning from the CBI he might yet.

The democratic process is the real casualty here.

BBC Scotland has proven all its critics correct – it’s a prejudiced organisation in favour of the British state in all its magnificent imperialism. It upholds Westminster’s interests. And to insult it viewers that bit more, it announces it intends to remain a member of the CBI when the Referendum is over.

Who will resign at the BBC?

Does it matter when it proves itself an irrelevancy to Scotland’s future?